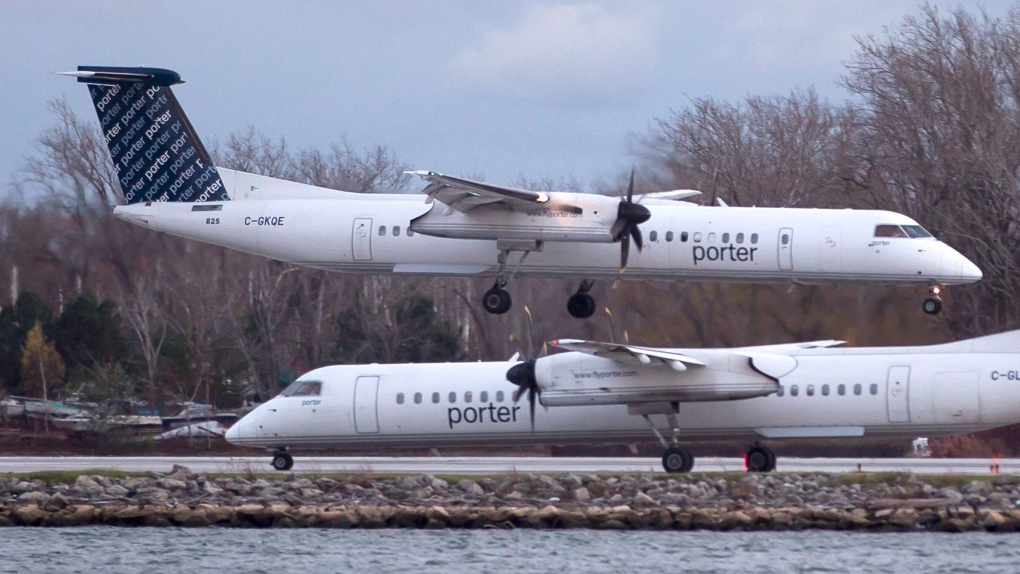 A Porter Airlines plane lands next to a taxiing plane at Toronto's Island Airport on Friday, November 13, 2015. THE CANADIAN PRESS/Chris Young

TORONTO -- Porter Airlines says it will not resume its flight service until July 29, two months later than originally scheduled due to the COVID-19 pandemic.

The airline, which is headquartered at Billy Bishop Airport in Toronto, temporarily halted operations on March 21 due to travel restrictions and public health measures put into effect to stop the spread of the deadly disease.

Flights were originally slated to resume on June 1. That deadline was then eventually pushed to June 29 and now for the second time, the resumption of service has been postponed.

"We want to see our planes in the sky as soon as possible and are actively working to prepare for our resumption of service. However, the ongoing uncertainty presented by government travel restrictions, including border closures, is impacting our ability to operate flights," Michael Deluce, the president and CEO of Porter Airlines said in a news release Tuesday.

"We are closely watching developments and know that Porter will be an important part of providing people with travel options as the economy recovers."

The airline says that seasonal summer markets that it intended to serve in 2020 are being cancelled as part of the service deferral, including flights to Muskoka, Ont., and Stephenville, N.L.

Porter Airlines says it will be preparing to introduce enhanced health and safety measures for its return to service.

“Details of these initiatives will be announced closer to when flights restart, so that plans are as closely aligned with the latest public health recommendations as possible,” the news release said.

The airline says it is waiving change and cancellation fees on all fares booked between today and July 29.