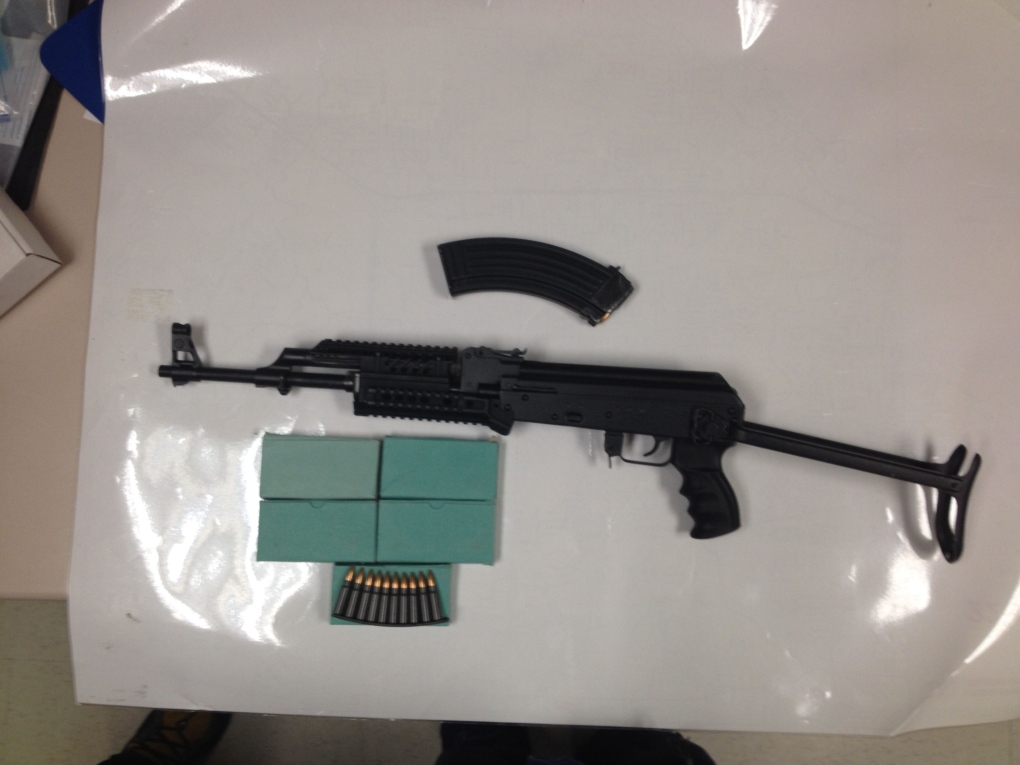 This photo released by Toronto police shows an AK-47 and ammunition that were seized during a raid in Mississauga on Saturday, Jan. 4, 2014. (Handout)

Toronto police say they seized a loaded AK-47 when officers raided a property in Mississauga on the weekend.

In addition to the assault rifle and 90 rounds of ammunition for it, officers found two empty magazines for a nine-millimetre Glock handgun, a bulletproof vest, Canadian currency and cocaine and marijuana during the search near Dundas Street West and Hurontario Street, police said Monday.

Police said the following residents are charged with firearms and drug offences: