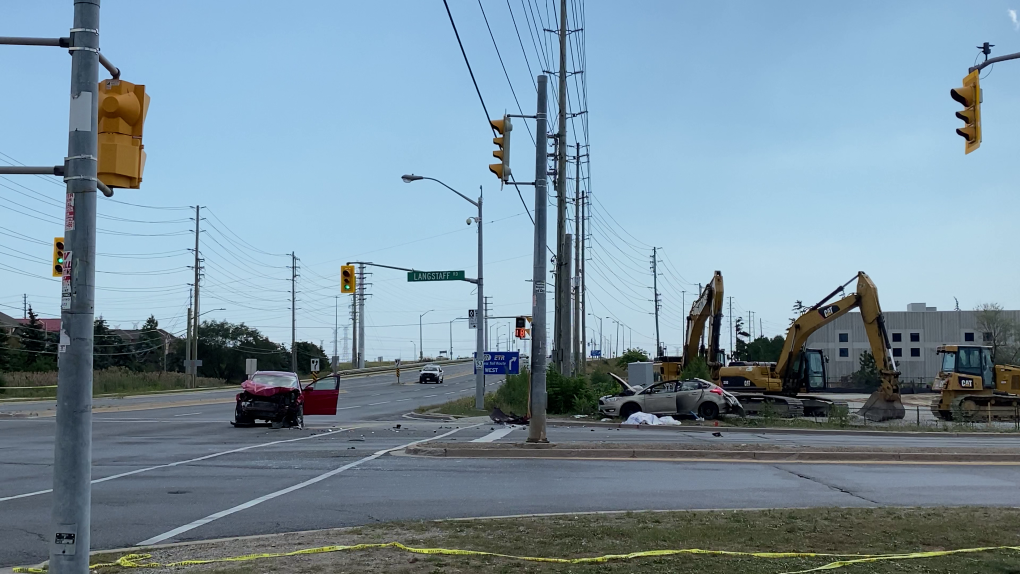 Police are investigating a fatal crash in Vaughan.

Investigators are asking for witnesses to come forward after a 27-year-old woman from Toronto was killed in a car crash Sunday afternoon.

Emergency crews were called to the area of Dufferin Street and Langstaff Road in Vaughan around noon after receiving a report of a two-vehicle collision.

The two drivers of the vehicles—a 26-year-old woman and a 66-year-old woman—were both transported to the hospital with non-life threatening injuries.

However, a passenger in one of the vehicles became trapped, police said, and ultimately died at the scene.

“Any witnesses who have not yet spoken with police, or anyone who may have dashcam footage of the collision, are being asked to please come forward,” investigators said in a news release issued Monday.