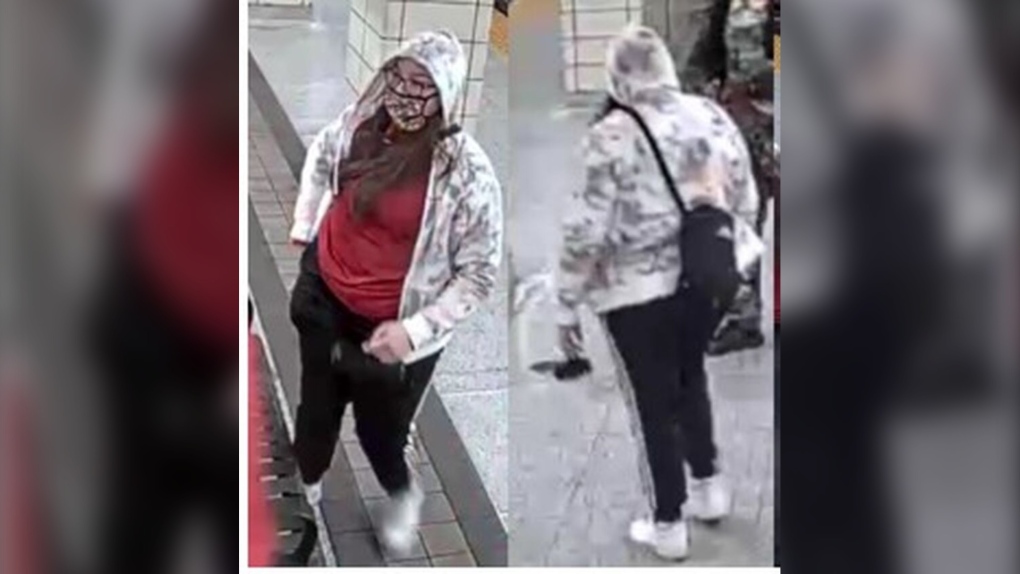 Police are searching for this woman in connection with a stabbing at Bloor-Yonge Station that left a 17-year-old boy with injuries.

TORONTO -- Toronto police are asking for the public’s help in identifying a woman wanted in connection with a stabbing at Bloor-Yonge Station Sunday that sent a 17-year-old boy to hospital.

Police say a 17-year-old boy was waiting for a train at the TTC station just before 2 a.m. when he became involved in a verbal dispute with two strangers, a man and a woman.

The woman allegedly brandished a knife and slashed the boy on the arm. Police say the man also wielded a knife and cut the victim in the neck.

Both suspects fled onto a westbound train.

The boy was taken to the hospital with non-life-threatening injuries.

On Thursday, police released security images of the woman involved. She is described as 20 to 30 years old with a large build, long brown hair and wearing prescription glasses.

The woman was wearing a red shirt, black pants with white stripes, a white or grey camo hoodie, a camo face mask and white sneakers. She was carrying a small black “Kappa” satchel.

Anyone with information is asked to contact police at 416-808-5300 or Crime Stoppers anonymously.