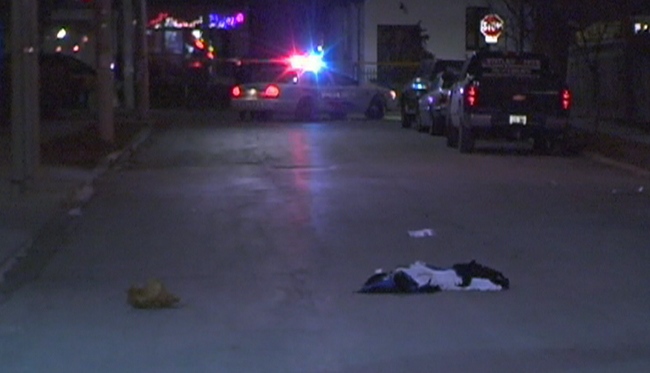 Police are seeking two suspects after a 29-year-old man was shot in the head in Toronto's west end, marking the city's 62nd homicide of 2009.

On Tuesday at 10 p.m., Toronto police responded to a call reporting the sound of gunshots in the Gilmour Ave. and Dundas St. W. area.

Police say they found the victim suffering from signs of trauma. He was taken to the hospital where he later died. A post-mortem examination is to be scheduled.

The deceased was identified as Kenneth Mark of Toronto.

Police describe the suspects as black males, about 20 years old and wearing dark clothes. Police say at least one of them is armed.