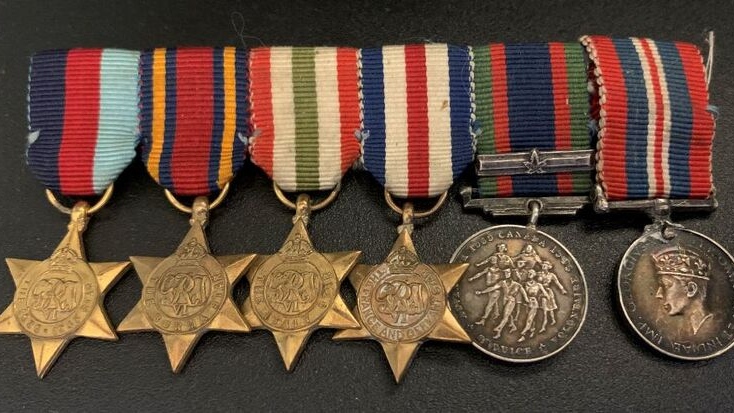 Toronto police are searching for the owners of these Second World War medals found during a drug investigation. (Toronto police handout)

TORONTO -- Toronto police are hoping to find the owner of six Second World War medals that were found by officers conducting a drug investigation.

Police said the medals were found on Sept . 11 and did not belong to the person they were investigating.

Investigators released a photograph of the medals in hopes of finding their owner.

Anyone with information is being asked to contact police at 416-808-5100 or reach out to Crime Stoppers anonymously.