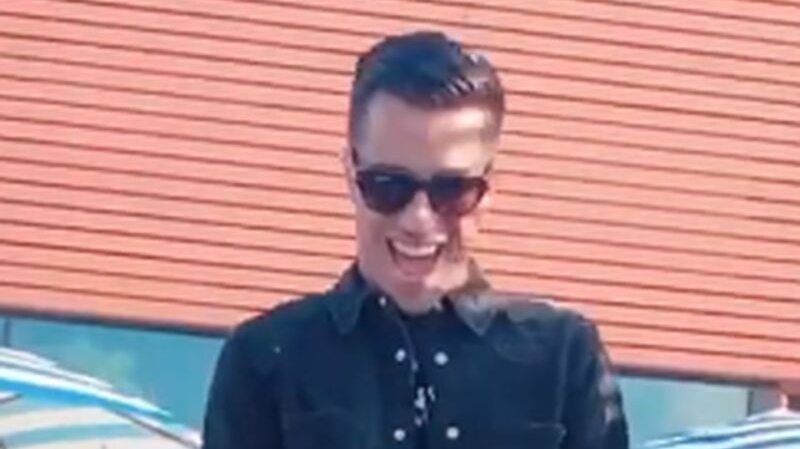 Police released this photo of 23-year-old Seth Ramanand, who is wanted in connection with a sexual assault investigation. (Toronto Police Service handout)

TORONTO -- Toronto police say they are trying to locate a suspect who allegedly sexually assaulted and attempted to extort a woman near York University last weekend.

Police allege that on Sunday afternoon, a 22-year-old woman met a man she knew in the area of Sentinel Road and The Pond Road.

Police say during the interaction, the man threatened to release private information about the woman unless she paid him money.

At one point, police allege the man sexually and physically assaulted the woman before fleeing the area.

The woman contacted police and was taken to hospital by officers.

The man has been described by investigators as five-foot-six, 140 pounds, and has short, black hair, brown eyes and was clean shaven at the time.

According to police, the suspect also has multiple tattoos, including a rose on his shoulder, the letter “V” on his right elbow, “1997” on his left wrist, and two skeletons on his abdomen.

Police also say he may be driving a 2020 black Jaguar F-Pace SUV with the licence plate number BZFN 807.

Investigators are urging anyone who spots the man not to approach him but call 911 immediately.

Anyone with information about the case can contact police of Crime Stoppers anonymously.