Police say speed was a factor in fatal Etobicoke crash 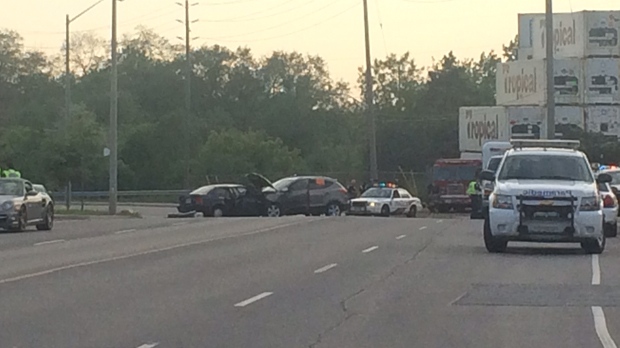 Emergency vehicles are seen tending to a two-car crash in Etobicoke on May 28. (Tracy Tong/CP24)

Toronto police say speed was a factor in a head-on, two vehicle crash that left one man dead and two females seriously hurt on Saturday evening.

Police say two vehicles collided head-on in the area of The West Mall and The Queensway, just west of Sherway Gardens Mall, sometime around 6 p.m. on Saturday.

Paramedics said the man was pronounced dead at the scene and two females were rushed to a downtown hospital’s trauma centre via land ambulance in serious condition.

Police closed The West Mall between Dundas Street and The Queensway to allow for cleanup and an investigation.