TORONTO -- Toronto police say that the fatal shooting of a 28-year-old inside a Scarborough restaurant on Saturday night may have been gang-related.

Emergency crews were called to a plaza near Markham and Kingston roads just after 9 p.m. after receiving multiple reports of shots fired.

Speaking with reporters on Sunday afternoon, Det. Rob Choe said that two male suspects armed with handguns approached the front of the establishment and opened fire into the front door and window. 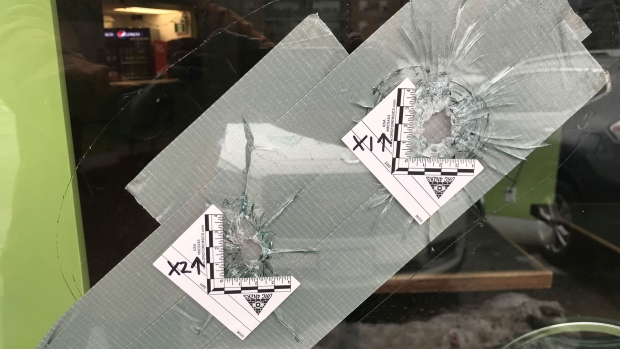 Police officers found three people injured at the scene. Among the injured was a woman in her 30s, who had sustained a gunshot wound to one of her fingers, and a man in his 50s who suffered a “graze-type bullet wound” to his head.

A 28-year-old man, identified by police as Stephon Kelly, was found with a single gunshot wound to the chest.

“Life-saving measures were initiated by first responders to Mr. Kelly,” Choe said. “Unfortunately Mr. Kelly succumbed to his injuries and was pronounced dead at the scene.”

The two other victims were transported to the hospital for treatment. They have since been discharged.

Choe said that due to the “manner in which the shooting occurred,” investigators believe that the shooting may be gang-related.

“We have reason to believe that it may have been Mr. Kelly that was targeted.”

Choe would not say if Kelly was known to police, but did say that after a preliminary investigation, it appears the other two victims of the shooting were bystanders who were not eating at the restaurant “exclusively” with the victim. 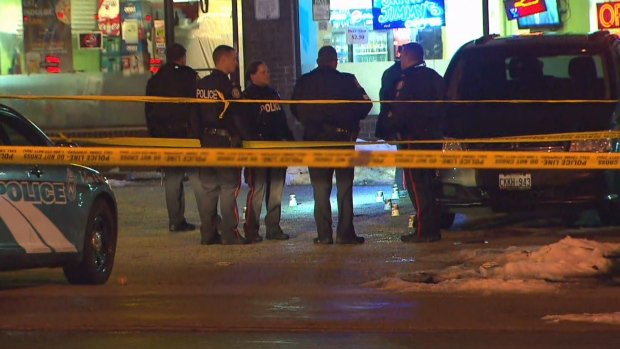 The “ambush kind of shooting” and “other considerations” are what led investigators to believe the shooting was gang-related, Choe said.

Investigators believe the suspects fled the area on foot until they reached a vehicle.

“This vehicle is believed to be silver in colour,” Choe said.

Choe did not rule out the possibility that there were more than two suspects involved in the fatal shooting. No further suspect descriptions have been released thus far.

Police are urging anyone information or video of the incident to contact investigators or reach out to Crime Stoppers anonymously.