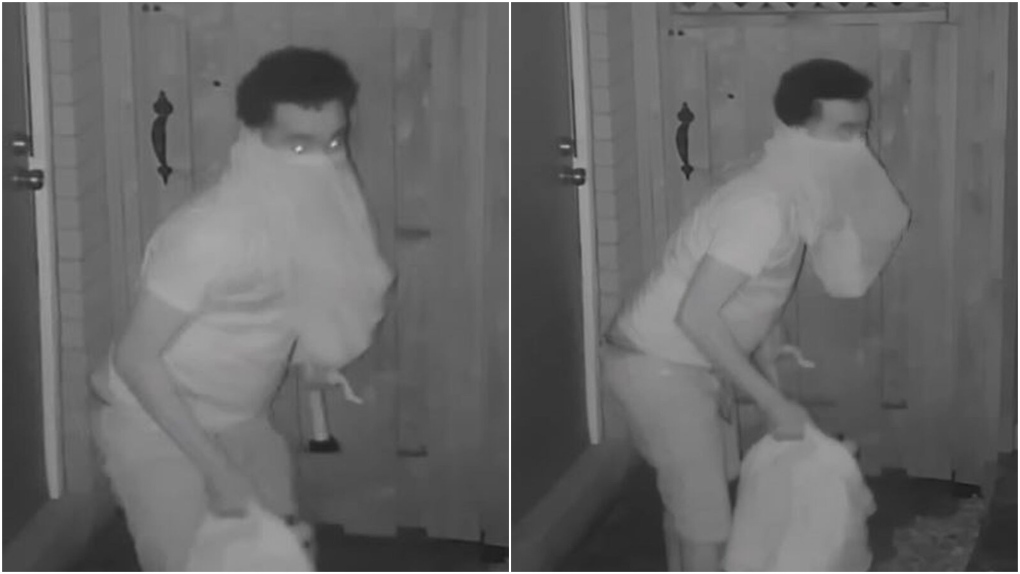 Toronto police are searching for a man who was seen pouring flammable liquid on a Scarborough home early Thursday morning. (Supplied)

TORONTO -- A video which appears to show a man pouring a flammable substance on a Scarborough home has been released by police in an effort to identify the suspect.

Police say the incident took place at 12:30 a.m. on Thursday in the area of Ellesmere Road and Morningside Avenue area.

In the video released by investigators on Friday, a man can be seen pouring the accelerant on the side of the home as well as the driveway.

Police said the man then lit the flammable liquid and fled the area on foot.

No injuries were reported as a result of the fire, police said.

The suspect is described by police as having short, dark curly hair with a t-shirt covering a portion of his face. Police said he was also wearing a t-shirt, shorts and flip flops at the time of the incident.