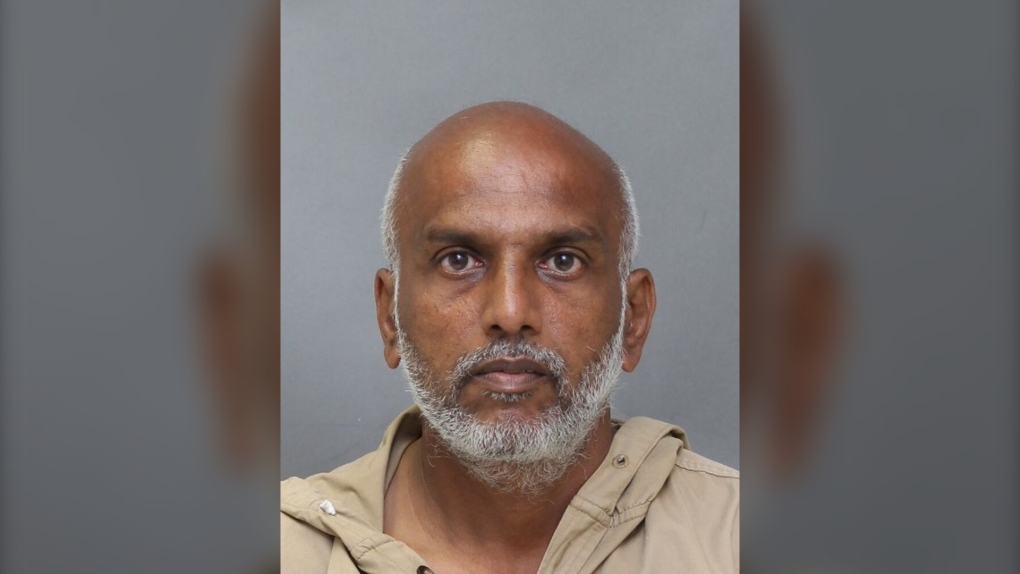 TORONTO -- The Toronto Police Service (TPS) has named a suspect in an investigation into two instances of sexual assault that took place over the course of the summer.

It is alleged that on June 9, a 49-year-old woman was sexually assaulted in the Firvalley Court and Warden Avenue area.

In a second incident, police say a 27-year-old woman was sexually assaulted in the Victoria Park and Danforth avenues area.

Police have identified 55-year-old Mohammed Mahaboob of Toronto as a suspect. He is wanted for two counts of sexual assault and one count of fail to comply with a release order.

A description by police says that Mahaboob stands at five-foot-eight inches tall and weighs185 lbs.

TPS believes that there could be more victims and are asking anyone with information pertaining to the investigation to contact them at 416-808-5515.