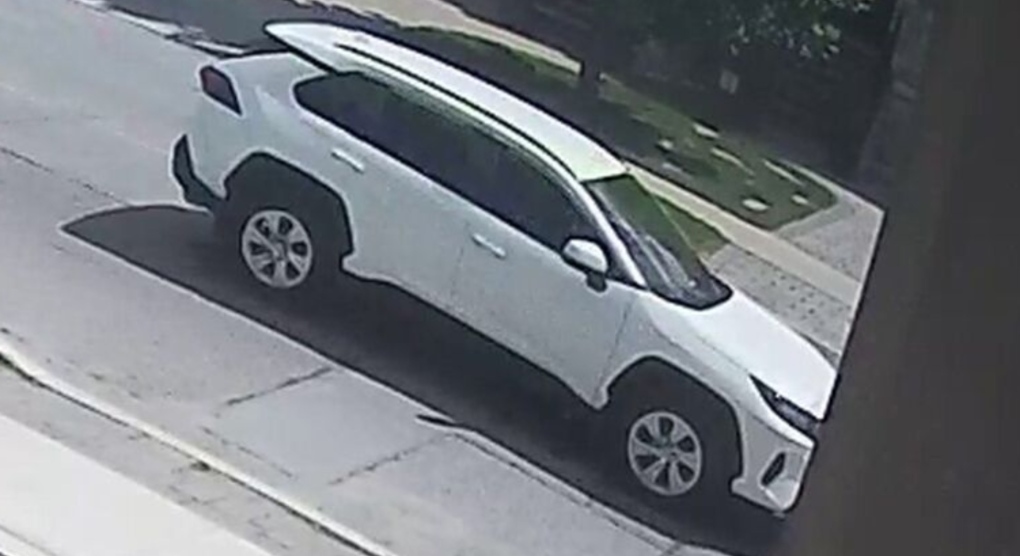 Police have released an image of the suspect's Toyota RAV4 used in a daylight shooting in Toronto on August 11. (Toronto police)

Police are asking for public assistance in identifying suspects wanted after a daylight shooting in Toronto last weekend.

Toronto police were called to the Florence Avenue and Yonge Street area around 2 p.m. after receiving reports of shots being fired.

The RAV4 stopped alongside the car and the occupants shot at the Range Rover, police say.

The RAV4 then sped away westbound, turning north onto Botham Road.

A man later arrived at hospital with a gunshot wound to the leg. He was treated for non-life threatening injuries.

Police say they believe the RAV4 sustained damage to the passenger side window during the shooting incident. 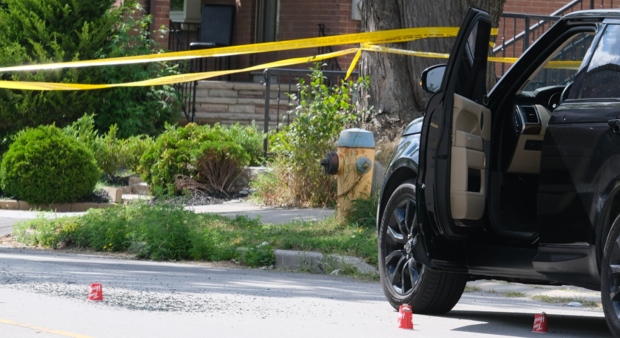 The suspects shot at the Range Rover seen in the photo avove. (CTV News Toronto)

Security camera video of the Toyota RAV4 has been released in the hopes someone can help police identify the suspects.

Police say the suspects are believed to be violent, armed and dangerous.