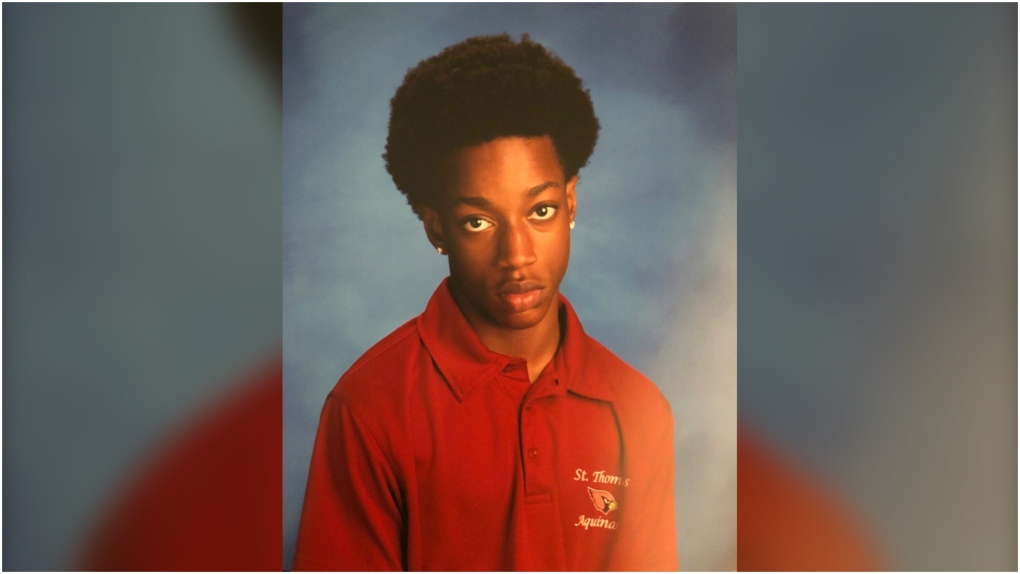 TORONTO -- Halton police have arrested two people and have issued warrants for two others in connection with the kidnapping and murder of an innocent 16-year-old Brampton boy who they say was targeted solely because of his friendship with a man that was involved in an “ongoing dispute” with the suspects.

Ezekiel Agyemang was found dead from a gunshot wound near the intersection of Guelph Line and No. 10 Side Road in Milton on June 30.

At the time police called the shooting “senseless” and vowed to bring Agyemang’s killers to justice but few other details were released about how the Grade 10 student ended up dead.

At a news conference on Thursday morning, Halton police said that investigators have since determined that Agyemang was targeted “due to an ongoing dispute” between a group of adult males and another adult male that had previously befriended him.

They say that Agyemang was kidnapped by the males in the Brampton area during the day on June 29 and was ultimately “kept against his will until the time of his death.”

“Ezekiel was a Grade 10 student at St. Thomas Aquinas Secondary School in Brampton who enjoyed playing basketball and aspired to be an engineer,” Supt. Kevin Maher said. “He is an absolutely innocent victim who played no part in this.”

Maher said that Agyemang was acquaintances with the suspects but had no real relationship with them. 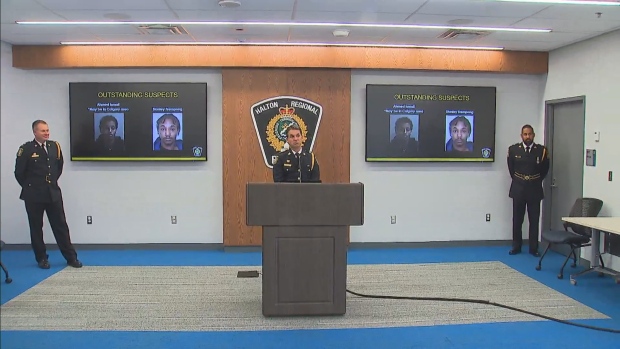 He said that after being kidnapped from an unspecified location in Brampton, Agyemang was taken to multiple other locations in the GTA where he remained under the control of the suspects.

Maher did not provide any details about what may have happened during the time that Agyemang was being kept against his will and said that he is “not able to speak to” whether the teenager may have been hurt or tortured by the suspects.

“I can’t get into specifics other than to say that from the time he came into contact with these suspects to the time of his death he remained under their control,” he said.

Tawane Mohamed, 22, of Toronto, and Abdikadir Jumale, 29, of Hamilton and Toronto, were both arrested on Sept. 9 following the execution of search warrants in the Toronto and Hamilton areas. Mohammed is charged with first-degree murder and kidnapping while Jumale is charged with kidnapping.

“We are appealing to the media and to the community at large to provide assistance in pushing the remaining two suspects out of the shadows,” Deputy Chief Jeff Hill said during Thursday’s news conference. “We are asking you to share photos of the two accused far and wide so they have no place to hide and can take no shelter within our communities. Our service remains committed to ensuring that the two outstanding suspects are brought to justice and held accountable for the devastation that has been wrought on this boy’s family and friends.”