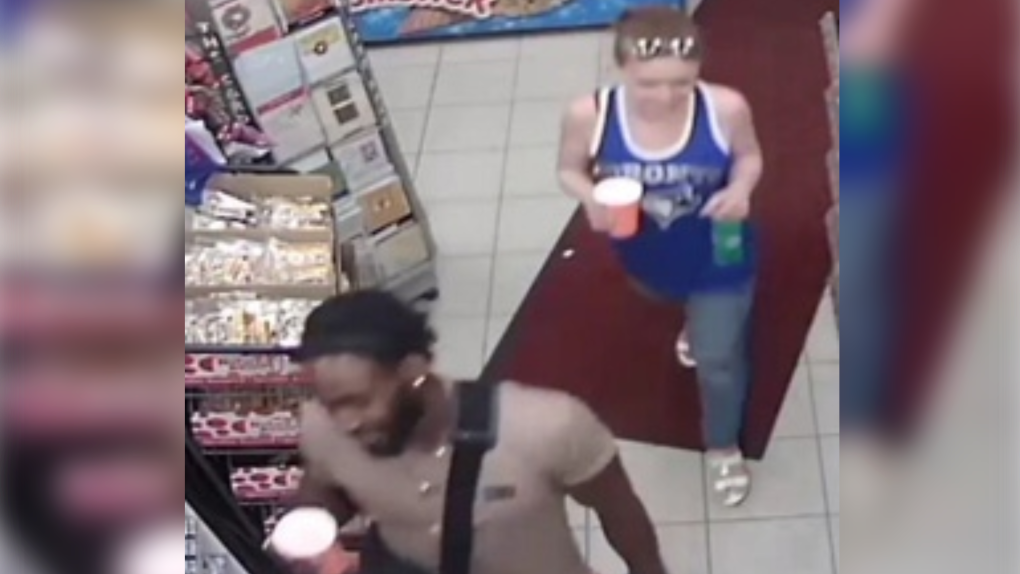 Toronto police are asking for the public's help in identifying two suspects wanted for stabbing a man in the Entertainment District on Friday night.

Police released security images of the suspects on Sunday.

It is alleged that man and a woman got into a verbal argument with a 21-year-old man around 9:30 p.m. in the area of Lower Simcoe Street and Bremner Boulevard.

Police said the man punched and then stabbed the victim several times.

Paramedics rushed the victim to the hospital with serious injuries.

The female suspect is described as white, 5’6” - 5’8”, mid to late 20s, slim build, long brown straight hair tied back in a ponytail. She was wearing a Blue Jays tank top, blue jeans, white sandals, with sunglasses on her head.

Anyone with information is asked to contact police at 416-808-5200, Crime Stoppers anonymously.