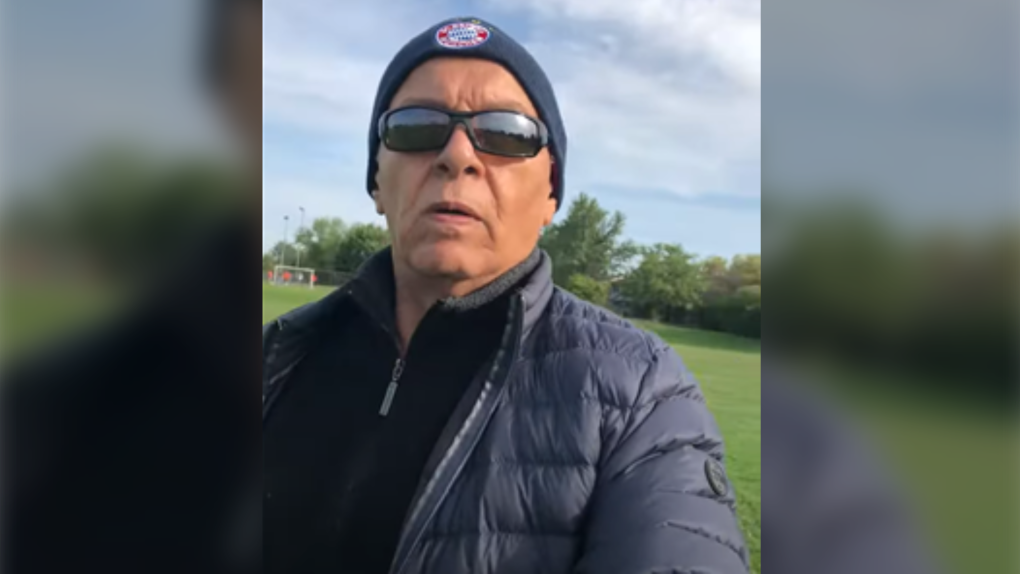 TORONTO -- York Regional Police (YRP) is looking to identify a suspect wanted in connection with what is believed to be a hate-motivated assault that took place in Markham over the weekend.

According to police, officers responded to a report of an assault at approximately 10 a.m. at a high school track in the area of Bayview Avenue and Willowbrook Road in Markham.

It is alleged that a female victim confronted a male suspect at the track for having his dog off-leash. Police say the victim then followed the suspect and filmed him making anti-Asian remarks.

During the confrontation, the male suspect allegedly assaulted the female victim.

YRP describes the suspect as a Middle Eastern male, somewhere between the ages of 50- and 60-years-old, wearing a black toque, black jacket and sunglasses. He was also walking a brown dog.

Investigators are asking anyone who might have information to come forward.