Police looking for man with cane after 2 failed robberies 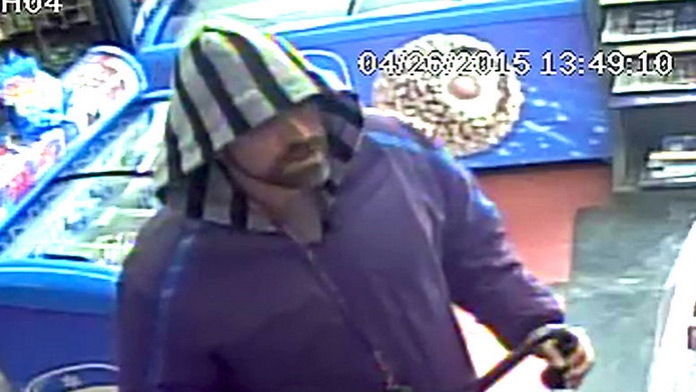 A robbery suspect is shown in a security camera image.

Toronto police are looking for a man who tried to rob two convenience stores armed with his cane before fleeing empty handed on his four-wheeled scooter.

Workers at both stores refused his demands.

Police have released video footage of one of the attempts, where the plump white man limps into the store with his cane and yells at the clerk.

They are asking for the public's help identifying the failed bandit.