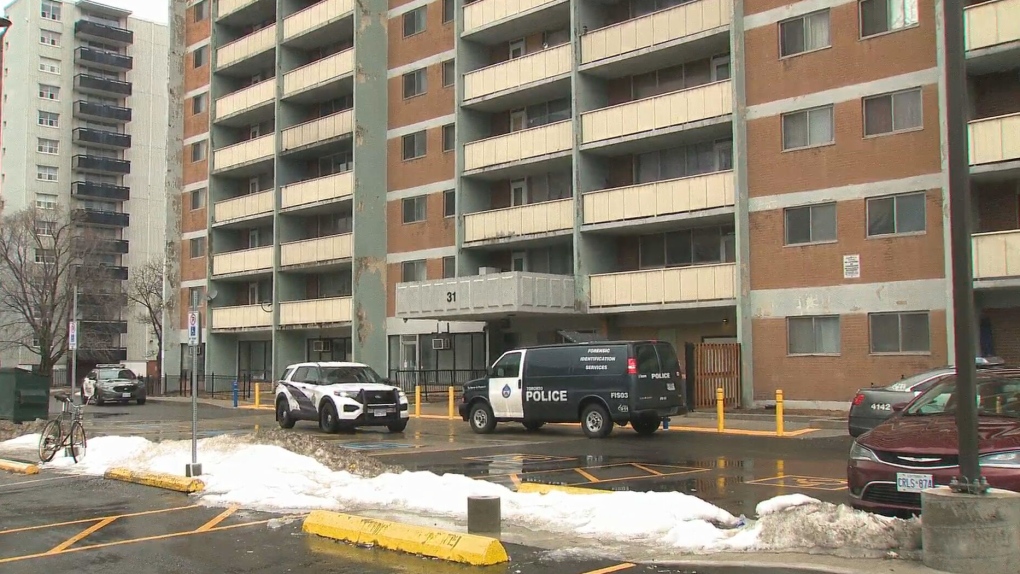 A man has serious injuries following a stabbing in Scarborough Saturday morning.

TORONTO -- Toronto police are looking for a suspect after a stabbing left a man with serious injuries in Scarborough Saturday morning.

Officers responded to reports of a stabbing at around 9:30 a.m. in the area of Midland Avenue and Gilder Driver.

A man was found with stab wounds inside an apartment building, police said.

The man was transported to hospital with serious, non-life threatening injuries, according to Toronto paramedics.

Police are describing the suspect as a white male, in his mid-30s, with red hair and a heavy build.

The suspect is considered armed, violent and dangerous, police said.