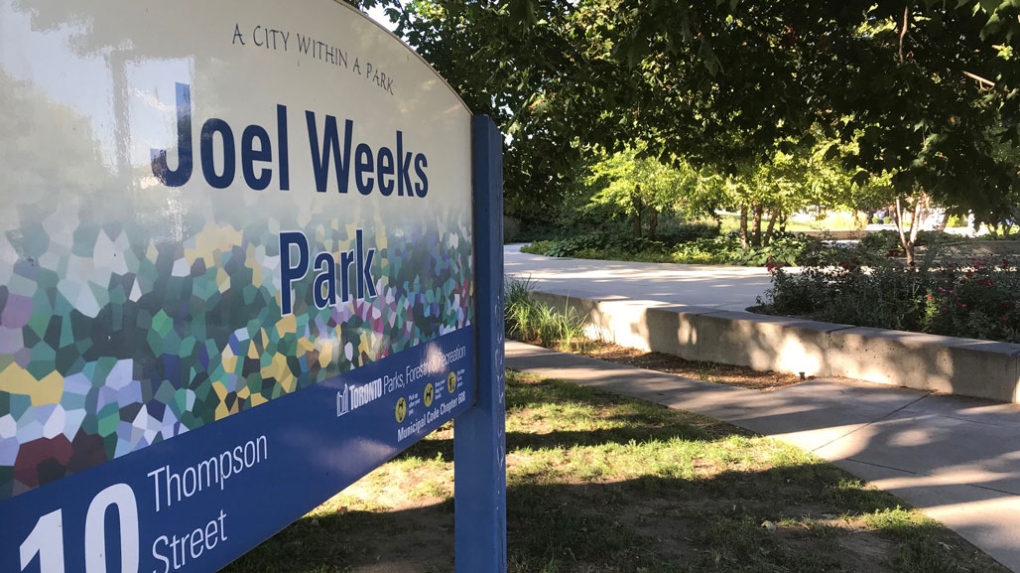 Toronto police have issued a public safety alert after a possible hazardous material was dispersed in a Riverdale park on Saturday.

Police said they were called in the Joel Weeks Parkette, near Queen Street and Don Valley Parkway, after pet owners reported dogs possibly being poisoned.

"As a result of the investigation police are concerned that an undetermined poison may have been left within the park area and has the potential to harm children and small animal," police said in a statement.

The delivery method for the substance is unknown at this time.

Rob Poizner, who walked his dog in the park, told CTV News Toronto that he believes that her dog died after ingesting something in the park.

He said he learned on Friday that two dogs in the area died when they reportedly ate contaminated meat in the park.

"I was quite surprised," said Poizner, who had been mourning his dog death for a week.

Honey, his mixed-breed dog, started vomiting between Aug. 16 and Aug. 17 following their walk in the park.

"The worst thing you're thinking is they're going to maybe get a chicken bone," he said. "I did not see anything happened."

Poizner said he planned to take Honey to the veterinarian the following Monday after Honey vomited a few more times.

However, on Aug. 19, he said found his dog in his bedroom dead

"It took me a little while to find her," said Poizner. "And she was quite gone laying on the floor beside my bed, eyes open."

He was devasted after his time with Honey, who he found in an abandoned guard rail in the Don Valley Parkway three years ago, was cut short.

Poizner said police officers and animal services called him about his dog.

An officer told him that they received reports from park workers finding pieces of meat in the park.

"It was suspicious enough or spooked them enough that they reported it," Poizner said.

He said, knowing that someone else caused the death of his dog, does not make it less hard.

"It's hard for anyone to lose a pet," said Poizner

Police are asking for the public's help in identifying the person or persons responsible for the possible distribution of the substance.