A male motorcyclist is dead following a collision in Brampton overnight.

Peel police responded to reports of a crash in the area of Chinguacousy Road near Flowertown Avenue, shortly before 4 a.m.

Police say a motorcycle and a Toyota were both travelling northbound on Chinguacousy Road.

The motorcycle then appears to have crashed into the the back of the Toyota.

The man driving the motorcycle was pronounced dead at the scene, police said. 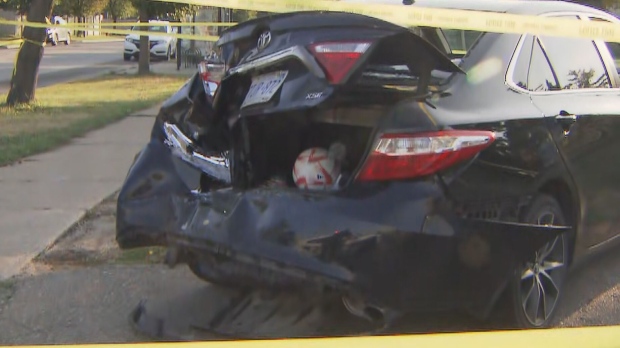 It is unknown if anyone in the vehicle sustained any injuries.

A large amount of debris can be seen in the area.

The cause of the collision is unknown but speed is being investigated as a contributing factor.

The Major Collision Bureau is investigating.