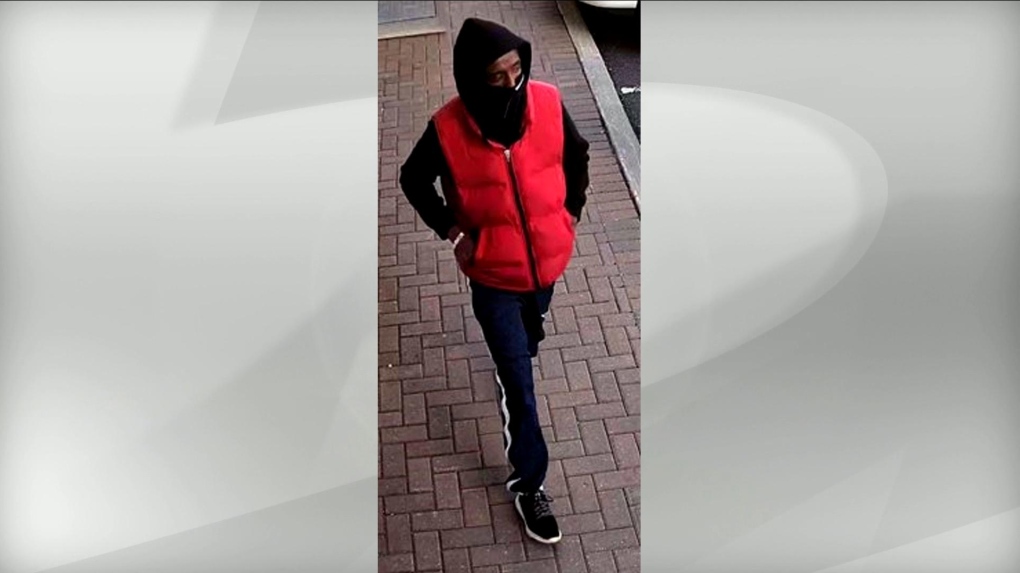 Police said the suspect is wanted for threatening a woman and hitting her with a gun in a Vaughan parking lot last week. Investigators believe he is the same man who fired shots at a building in the same area. (Supplied/York police)

A suspect accused of hitting a woman with a gun last weekis now also wanted for allegedly firing multiple shots at the law firm where she works in Vaughan on Friday afternoon.

Const. Andy Pattenden said officers were called to 3550 Rutherford Road, west of Highway 400, just after 5 p.m. for reports of a shooting.

He said the suspect got out of his vehicle and fired multiple shots at the law firm while employees were inside.

Pattenden said nobody was hurt. The suspect fled the scene in a vehicle.

Investigators believe he is the same man wanted inconnection with an armed extortion last week.

On Aug. 29, officers were called in the same plaza around 12:45 p.m. for a report that a person was being threatened with a handgun.

It is alleged that the woman, who police said is an employee of the law firm, was sitting inside her vehicle with the window down when the suspect approached her and stuck his gun in the window.

Police said the suspect made demands, threatened the victim and struck her with the gun.

The suspect fled in a beige-coloured SUV.

He is described as male with a slim build, a dark skin tone, standing approximately five-foot-seven tall. He was wearing a black hoodie, a red vest, and a black mask over the lower part of his face.

Pattenden said the suspect was wearing the same clothes during Friday's incident.

He said it appears the law firm is the target.

"This person is a risk to public safety and we need to get him in custody," said Pattenden.

He said it is “unclear why this person is using such aggression toward this business and its people.”

"We need somebody to step up, speak up and let us know who this person is so we could get him off our streets."