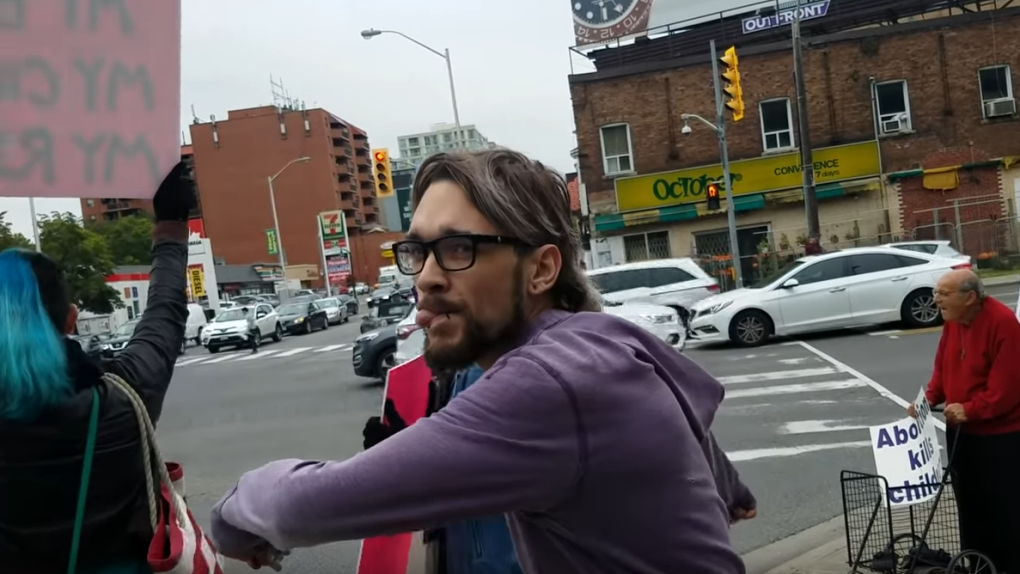 Toronto police say they're investigating after a woman was injured during an incident that was captured on video.

Investigators say the woman was attending a peaceful rally in the city's west end on Sunday, when a man approached the protesters "and was very disruptive."

They say the man "performed a round-house kick and kicked the woman" before leaving the area.

Police say their investigation is ongoing, and nobody has been arrested.

A video of the incident at an anti-abortion rally has been viewed more than a million times since it was posted on Tuesday.

It shows a man talking to the person holding the camera before he twists his body, apparently winding up, and appears to kick her.

"I meant to kick your phone!" somebody can be heard saying after the camera goes flying.

"Someone call the cops," another person says repeatedly.

He has not yet been found, RT!! pic.twitter.com/k1XlXBCVRP