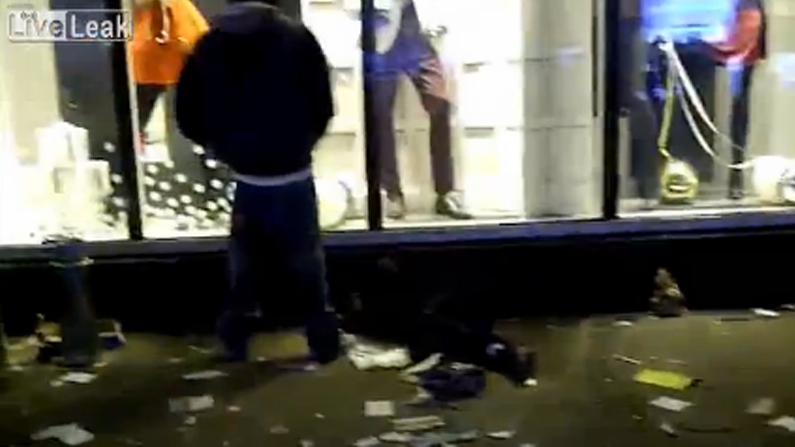 Toronto police are investigating after a video of a man peeing on another man who appears to be homeless surfaced on the Internet on Tuesday, Aug. 7, 2012.

Toronto police say they are investigating after a video of a young man peeing on what appears to be a sleeping homeless man surfaced on the Internet.

Vella said they were unaware of the video, which appeared on a hip-hop culture website Tuesday, until media began reporting on it.

Vella said police are not certain where the incident happened, and are unsure if it is even in Toronto.

A headline on the video says it was shot in downtown Toronto.

He said police are also trying to identify two males in the video, both the victim and the suspect, as well as whoever filmed the incident.

The suspect pictured in the video could be charged with assault if he is located.