TORONTO -- A massive fire at a popular apple orchard east of Toronto has been deemed suspicious by investigators.

The fire broke out at Algoma Orchards in Newcastle shortly after 3:30 a.m. Sunday morning.

“It was an inferno, I could see it from the 401 and it was just orange, the flames were about 75 feet high,” owner Kirk Kemp said.

Kemp and some of his employees were spraying a nearby orchard when he received a phone call that a fire broke out in the yard where tens of thousands of empty bins used to store apples were kept.

One of Kemp’s truck drivers had just returned from a delivery and was finalizing paper work when he spotted flames and smoke billowing from the yard. 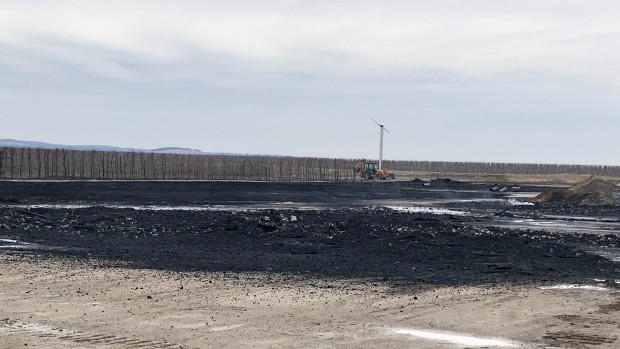 “When he drove in the yard he didn’t see anything, ten minutes later when he got out of the building he saw the flames come up over top of the bins and called 911 and started moving trucks,” Kemp said.

About 45 firefighters responded to the fire that was in the yard behind the processing facility.

Kemp and some of his employees arrived on scene shortly after fire crews and sprang into action. They used forklifts to move stacks of bins away from the flames to try and stop the fire from spreading to the main building.

“They (firefighters) were whaling the bins with water to stop them from burning and we just kept pulling another row out … So we gapped it 75 feet and they got the fire stopped. Otherwise, it would have run right to the building,” Kemp said.

It took firefighters approximately four hours to contain the fire. 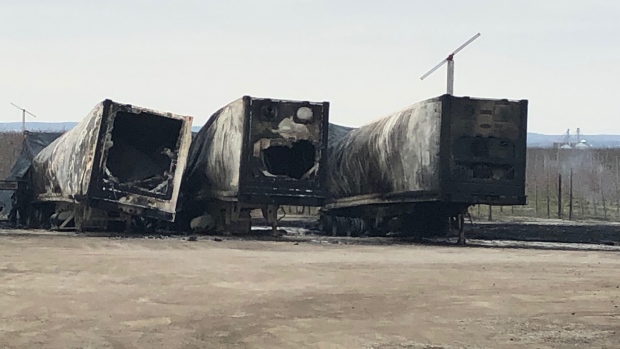 Investigators with Clarington Fire and Durham Regional Police are working together to determine the cause. They will be reviewing surveillance video from the facility hoping it may have some answers.

“At this point it’s being deemed suspicious, we can’t quite put our finger on what caused it,” Weir said.

No one was injured and there is no damage estimate at this time.

Kemp is grateful the main building was spared and his employees will be able to return to work on Monday.

“Nobody’s hurt, it didn’t get the plant and the bins can be replaced. So it hurts, but we’re going to be running tomorrow.”