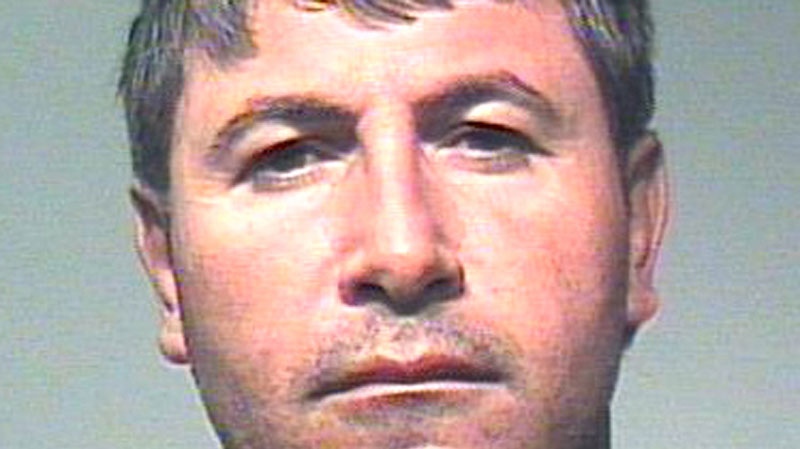 Durham Regional Police released this photo of Michael White to media on November 2, 2010.

Durham police have arrested two British men, who they accuse of trying to force a church into paying a $24,000 paving bill.

Police say the men offered to pave a small portion of a church parking lot in Mississauga, Ont., free of charge.

But when the job was done, they demanded that the church pay $24,000 for the work.

Durham police have an ongoing investigation into a group of pavers operating in the Greater Toronto Area that began months ago.

They were contacted about the Mississauga case Oct. 28 and had a Durham police officer pose as a church trustee.

Authorities allege one of the men threatened the undercover officer and also threatened to burn down the property if the church didn't pay.

The investigation led police to a Mississauga hotel where two U.K. residents were arrested.

Police say they found counterfeit identification in the hotel and other evidence that links the men to an ongoing paving scam in Ontario, Quebec, Alberta and British Columbia.

William Adams, 43, and Terrence Cunningham, 23, are each facing a number of fraud-related charges.

Police say they are also looking for a 49-year-old man named Michael White, who is also facing a number of fraud-related charges.

White is also from the United Kingdom.