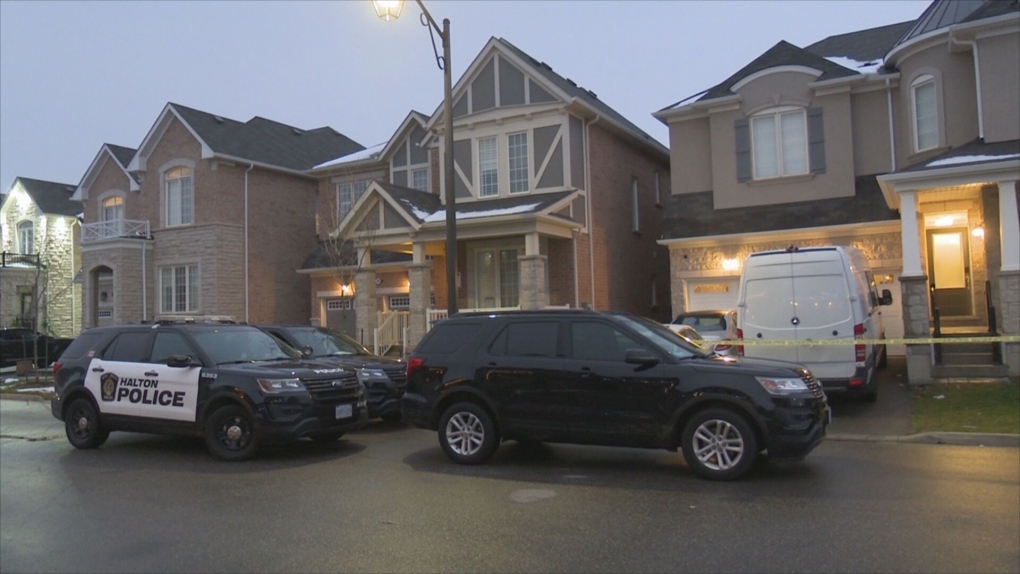 Police are investigating the deaths of two people in Milton.

TORONTO -- Halton police are investigating after a man and a woman were found dead in a home in Milton.

Emergency crews were called to a residence in the area of Britannia Road and Highway 25 shortly after 3 p.m. for two people in obvious medical distress.

When officers arrived, they found a man and a woman inside the garage without vital signs. The victims were subsequently pronounced dead on the scene.

The investigative and forensic identification units are on the scene.

L’Ortye said they are not looking for any suspects at this time.

“We have no threat to public safety,” he said.

Police are expected to be in the neighbourhood for several hours.