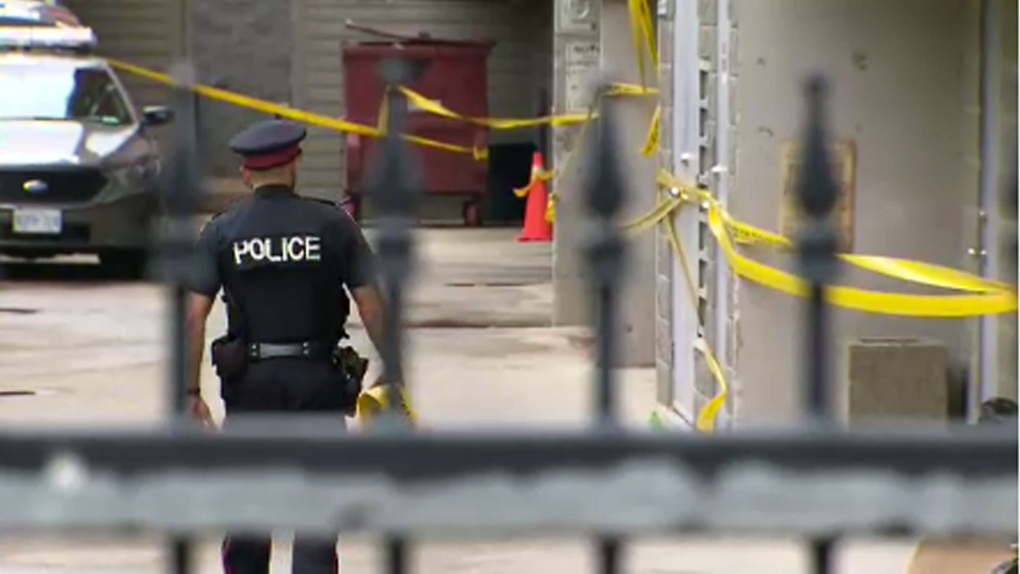 Toronto police are on scene after a 28-year-old woman was found dead inside her apartment in the West Queen West area.

Police have identified a 28-year-old woman who was found dead in a fifth-floor apartment unit in the Toronto’s west-end.

Officers responded to reports of a death inside a building near Richmond and Niagara streets around 5:15 p.m. on Tuesday. The body of a 28-year-old woman was found inside an apartment unit.

The death was labeled as “suspicious” by police until Wednesday evening after an autopsy ruled it a homicide.

Officers have not released the cause of death.

Police have identified the victim as Victoria Selby-Readman. A police source told CTV News Toronto that Shelby-Readman was a tenant of the unit she was found in.

Homicide investigators are asking anyone who may have seen her or may have been with her between June 8 and June 12 to call police at 416-808-7400.