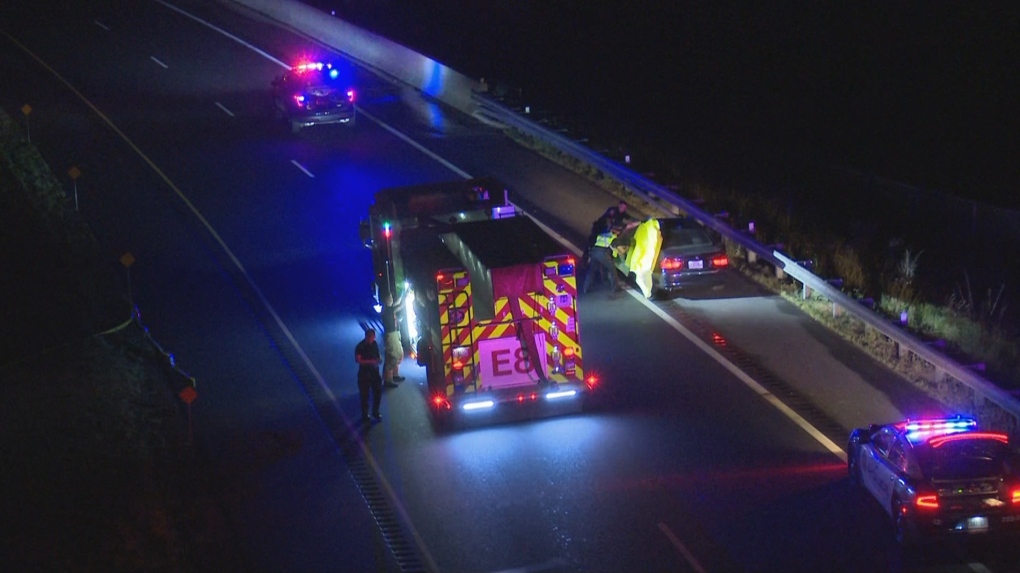 Police say one person is dead and another was seriously injured following a double shooting on Red Hill Parkway on Friday night. (Dave Ritchie/ CP24)

TORONTO -- Hamilton police have identified the man shot to death while driving along Red Hill Valley Parkway on Friday night.

According to police, a dark-coloured SUV and BMW sedan were heading southbound on the highway shortly before 9:30 p.m. when an occupant of the SUV began firing at the BMW.

Two people were struck by the gunfire and the driver of the BMW, now identified as 27-year-old Matar Abouchere, was able to bring the vehicle to a stop on the shoulder of the road.

Abouchere was subsequently pronounced dead and the second victim was transported to hospital in serious condition.

Police say Abouchere’s vehicle entered the highway from the westbound lanes of Barton Street East and investigators are asking anyone who was in the area at the time to contact police.

“Investigators are continuing to establish the motive behind the murder of Matar Abouchere and urge those with information to come forward to speak with police,” Hamilton police said in a news release issued Saturday.

“Police are further requesting the assistance of the public for any information that may relate to the suspect(s) and the suspect vehicle involved.”