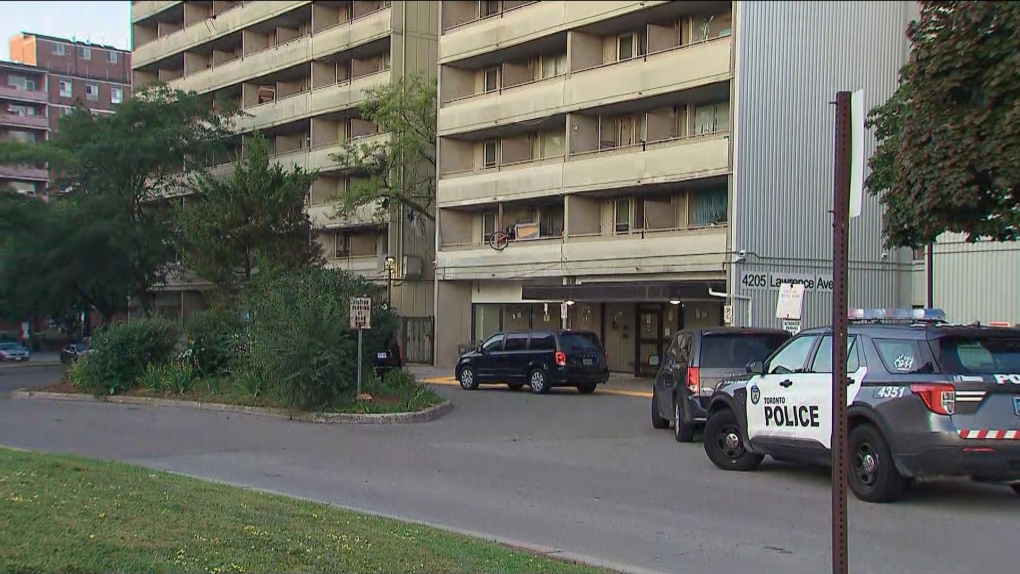 Toronto police are investigating after two bodies were discovered inside a Scarborough apartment unit on Saturday night. (CTV News Toronto)

TORONTO -- Toronto police have identified two men who were found dead in a Scarborough apartment over the weekend and say they believe the two killed each other.

Officers were called to a unit at 4205 Lawrence Avenue East, at Morningside Avenue, at around 10:18 p.m. on Aug. 22 for a report of a “suspicious incident.”

Officers arrived to find two men dead inside the apartment.

Police identified them Thursday as 27-year-old Jesse Green and 26-year-old Emmet Piil, both from Toronto.

In a news release, Toronto police said that homicide investigators have determined that there are no outstanding suspects in connection with the homicides.

In a further statement to CP24.com, police said investigators believe “each was responsible for the other’s death.”

Police did not say what might have motivated the killings or how the two men died.