Police identify man, 36, who died after shooting in Swansea

Police have identified the 36-year-old man who was shot several times Saturday evening in the city's Swansea neighbourhood.

Emergency crews were called a townhouse complex at Windermere Avenue and Swansea Mews, just north of The Queensway, around 7:45 p.m. for reports of a shooting.

Police located an unconscious man behind the wheel of a car at the scene. He was transported to hospital with life-threatening injuries, where he was later pronounced dead.

Police have identified him as Tresor Tresor Kininga of Toronto.

Toronto police Duty Insp. Jim Gotell said preliminary information suggest that the victim was shot several times while he was sitting inside a vehicle. 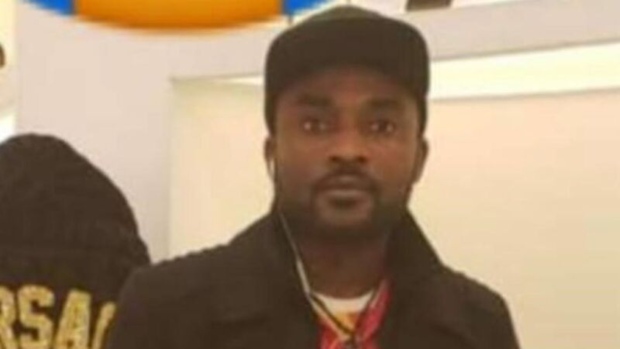 Police released a photo of Tresor Tresor Kininga, who died after a shooting in Toronto's Swansea neighbourhood. (Toronto Police Service)

Children in the neighbourhood told CTV News Toronto Sunday that they heard sounds of gunshots that night.

“I thought it was like fireworks or something,” a boy said.

The boy's mother, Ubah Haga, said she is horrified about the recent shooting because the area is heavily populated with children, and many were outside playing when the shots rang out.

“Scary, imagine, [because] they always play in this place,” said Haga told CTV News Toronto. “The bullet — it flies everywhere. It doesn’t have eyes.” 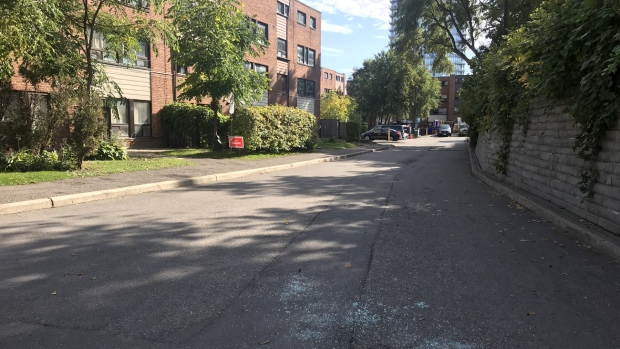 A local resident says the glass on this road was smashed as a result of the shooting in the area of Windermere Avenue and Swansea Mewson on Saturday, Oct. 19, 2019. (Janice Golding/CTV News Toronto)

There is still shattered glass on the main drive to the complex, mixed with the victim’s blood. It is a sight that angers area resident Penny, who only wanted to share her first name.

“How dare they? I mean, we’re really trying to make it a community where it’s safe for our kids and safe for everyone to be and just be home,” she said.

Meanwhile, resident Ahmed Budd said he and his family only moved to the complex a month and a half ago.

“Like that’s such a scary experience, you know? I have two kids,” he said.

Others who live in the area, however, are much more resigned about the murder near their complex.

Police said Sunday that a white sedan was seen leaving the area, but will not confirm that this was a drive-by shooting.

Investigators are asking anyone, who was in this area and who may have video or images of the incident, to contact police.