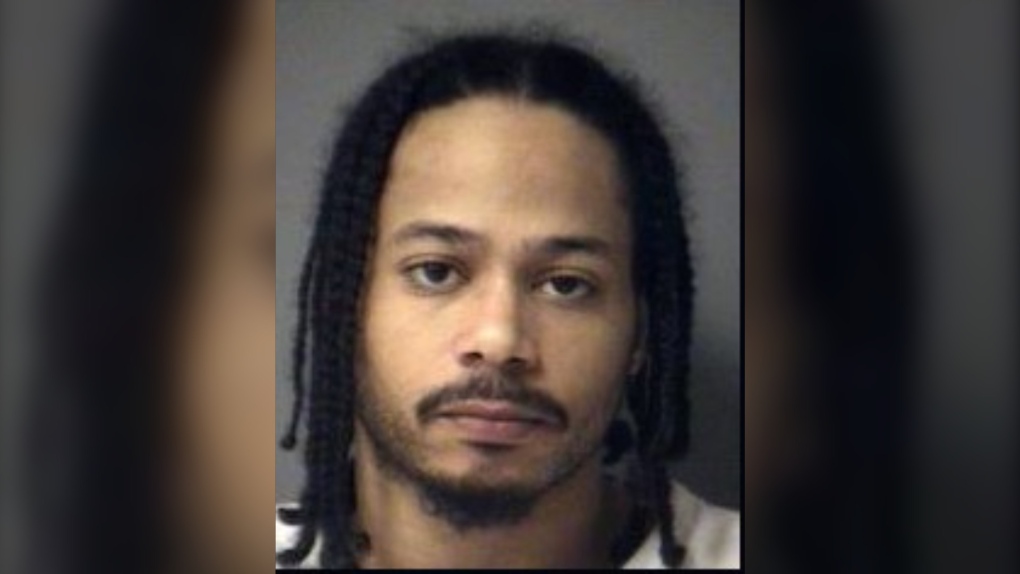 Philip Grant of Peel Region is pictured in this image released by Toronto Police Aug. 15, 2022.

Toronto police have identified another suspect wanted in connection with a triple shooting in Etobicoke that left two people dead back in January.

Officers were called to an industrial complex at 150 Thirtieth Street, near Lake Shore Boulevard West, at around 8:45 p.m. on January 3.

Officers arrived to find two men suffering from gunshot wounds and an injured woman nearby.

Both men were rushed to hospital, where one of them was pronounced dead. The second man succumbed to his injuries the following day.

The woman was transported to hospital where she was treated for non-life-threatening injuries.

Back on Jan. 31, police identified 21-year-old Darriel Thompson of Mississauga as a suspect in the case and said he was being sought for two counts of second-degree murder and one count of attempted murder.

They said they were also looking for 21-year-old Camarr Brown of Brampton for accessory after the fact.

Police said Monday that Brown was still at large, but clarified a day later that on July 1 he was charged with accessory after the fact to murder and is no longer being sought.

Police said Monday that they are now looking for another suspect identified as 32-year-old Philip Grant of Peel Region. Police said Grant is wanted for second-degree murder in connection with the case and they are asking for the public’s help in locating him.

Both Thompson and Grant remain at large and are on the Toronto Police Service’s Most Wanted list.

Police are asking anyone with information to reach out to investigators.

Editor’s Note: Police said on Aug. 15 that three suspects were still at large. This story has been updated to reflect corrected information provided by police on Aug. 16 to clarify that Brown is no longer being sought.

Russia said Saturday it has withdrawn its troops from the once-occupied city of Lyman, as Ukraine's eastern counteroffensive recaptures more territory. Russia's Tass and RIA news agencies, citing the Russian defense ministry, made the announcement.

As Hurricane Ian ravaged coastal towns in southwest Florida, residents in this quiet suburb thought they would be safe, having no beach and living outside areas under evacuation orders. But then the water kept flowing in.

The defense team in the U.S. Capitol riot trial of the Oath Keepers leader is relying on an unusual strategy with Donald Trump at the center.

The Danish Energy Agency says one of two ruptured natural gas pipelines in the Baltic Sea appears to have stopped leaking natural gas.