Police have identified a 30-year-old man who was fatally shot in North York Thursday night.

Emergency crews were called to Steeles Avenue East and Don Mills Road around 7:30 p.m. after receiving multiple reports of a shooting.

“When police arrived we did in fact locate a shooting scene, and there had been a victim of the shooting who was transported to a local hospital by friends of his,” Toronto police Inst. Jim Gotell said at the scene last night.

Gotell said the victim, who has since been identified by police as Toronto-resident Michael Huynh, sustained several gunshot wounds. He was later pronounced dead at the hospital.

A post-mortem examination has been scheduled for Friday.

Homicide investigators have taken over the investigation and say they are hoping to identify the driver of a flat black matte 2016 Audi RS7, which was seen in the area. 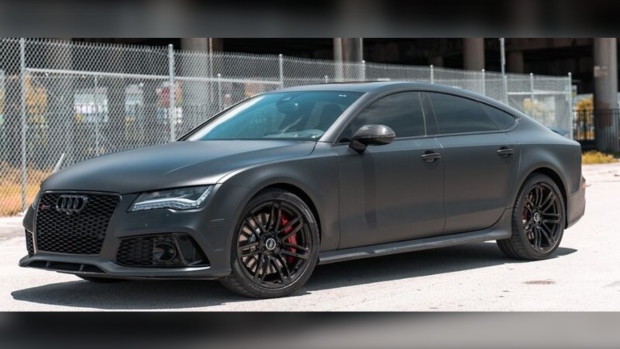 Police say the vehicle is believed to have been “driven by, or in possession of, the suspect prior to and immediately after the shooting.”

A witness, who did not want to be identified, told CTV News Toronto that she counted seven shell casings on the ground.

“I saw the little dots around his heart. I saw the blood,” she said.

The witness said the victim’s friends “were so frantic” that they asked a woman in a white SUV to help them get to the hospital.