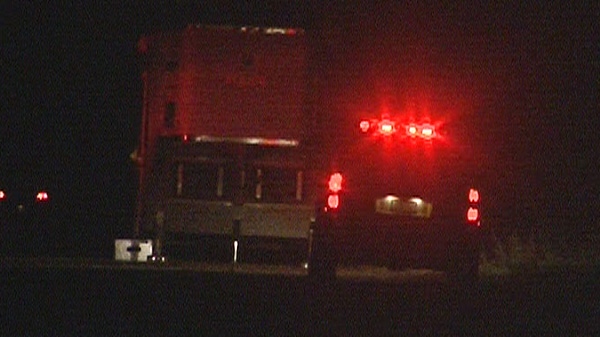 Police officials search for a missing toddler at a Six Nations Reserve near Brantford, Ont. on Sunday, Oct. 16, 2011.

Niagara police say they found the body of a young child Sunday afternoon on Six Nations Territory near Brantford.

Police found the remains, believed to be that of two-year-old Marissa Whalen, at 2 p.m. near 3rd Line, between Chiefswood Road and Seneca Road, in Ohsweken.

Whalen had been missing since late July.

Police remained on the scene Sunday night and said that further forensic investigation is needed to confirm the identity of the remains.

Marissa's mother Roseanne Whalen, 23, is charged with criminal negligence causing death, accessory after the fact to murder and indignity to human remains.

Rainbow Hill, 28, is charged with second-degree murder and Amana Dipota, 30, of Niagara Falls has been charged with accessory after the fact to murder and indignity to human remains.