Investigators have extended a $50,000 reward and released a composite image of a suspect in connection with the fatal shooting of a father in Liberty Village three years ago.

In the early morning hours of Sept. 11, 2016, Kiesingar Gunn was leaving a nightclub in the area of Mowat Avenue and Liberty Street when he was struck by gunfire.

“Kiesingar noticed an alteration in the parking lot, a verbal and physical altercation between a group of males, and he recognized one of those males as being a friend and Kiesingar walked toward the group and attempted to intervene in the altercation and this resulted in him being shot and killed,” Det. Leslie Dunkley said during a news conference held at Toronto Police Headquarters on Tuesday morning.

The 26-year-old sustained a gunshot wound to his head and was subsequently rushed from the scene to hospital for treatment.

Later that day, the married father of four was pronounced dead. 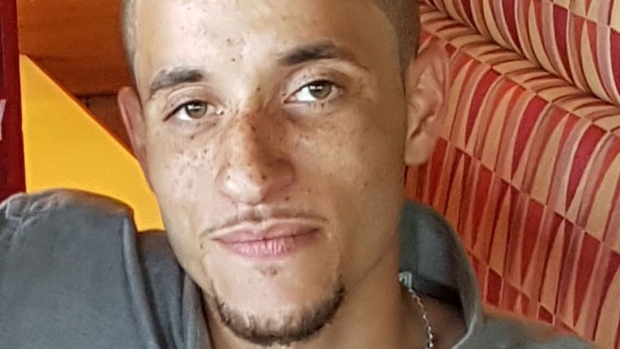 Police said they believe Gunn was not the intended target of the shooting.

“Our investigation revealed that the suspect was inside the club prior to the incident but did not have any prior contact with our victim,” Dunkley said.

The detective added that between 20 and 30 people witnessed the incident.

“I believe one or more of those witnesses knew the suspect and can identify him. To this date, we’ve had good cooperation from witnesses and members of the public, but I believe that there is someone out there that saw exactly what happened and knows who was responsible.”

Those witnesses who have come forward to investigators thus far have provided a description of the shooter and have assisted in the creation of a composite image released by police on Tuesday. 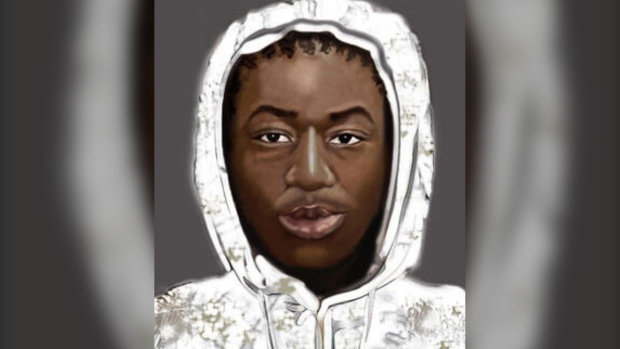 A composite image of a suspect wanted in connection with a 2016 murder in Liberty Village is seen. (Toronto Police Service)

“Through our investigation we can describe the suspect as a male black, 18 to 22 years, dark complexion, between five-foot-11 and six-feet tall with a slim build, braided hair possibly in cornrows and he was last seen wearing a white hooded sweatshirt with black prints or logo on it,” Dunkley said.

While urging additional witnesses to come forward with information, Dunkley said the Toronto Police Service has extended a $50,000 reward for information leading to an arrest and conviction in the case. The reward was initially announced on the two-year anniversary of the deadly shooting and was set to expire this week, but now it will continue to be offered until Sept. 10, 2020. 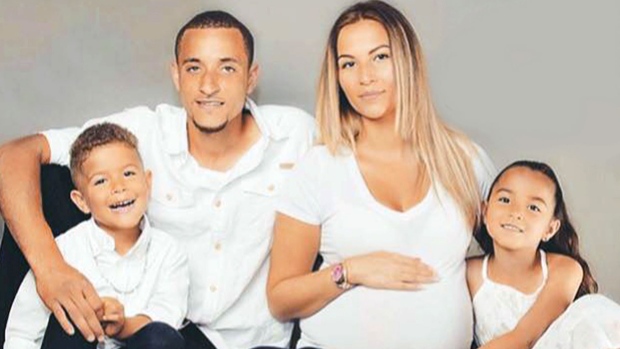 Kiesingar Gunn is seen with his wife and two of his children in this undated photo. (Facebook)

“We are hoping that by extending this reward it will give an incentive for someone who witnesses the incident and can identify the suspect to come forward,” Dunkley said.