A collision on Tuesday morning has brought the spotlight to a larger traffic problem on Don Mills Road due to ongoing construction on the Don Valley Parkway.

Drivers heading northbound on Don Mills Road are currently not able to get onto the DVP southbound because the on-ramp is closed.

Instead, motorists are going past the closed on-ramp and are making an illegal U-turn so they can drive southbound on Don Mills Road. 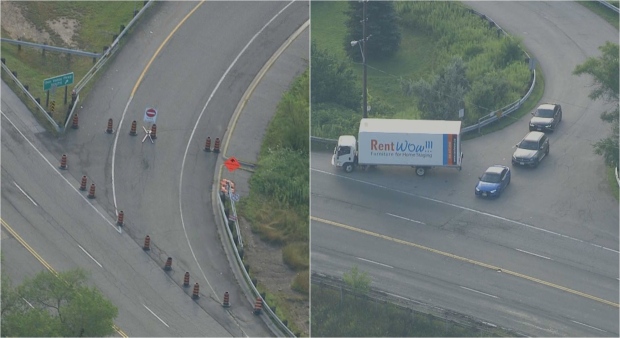 Drivers are making U-turns on Don Mills Road because of an on-ramp closure to the southbound Don Valley Parkway. (CTV News Toronto)

Drivers can then access the open on-ramp to the DVP southbound.

Police say the risky U-turns have caused many near-misses and at least one collision.

Please refrain from making U-turns, in the DVP/Don Mills south bound ramp area. Officers will be in the area in an enforcement capacity. ^js

“We’re seeing northbound Don Mills vehicles trying to get on the southbound DVP and they’re doing U-turns to access the DVP on ramp.”

Drivers were also seen making U-turns just north at Taylor Creek Park Road. It was causing some traffic tie ups, but police say it is legal. 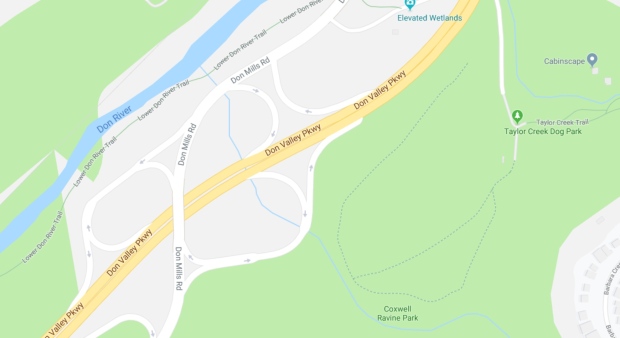 Drivers heading northbound on Don Mills Road are not able to access the Don Valley Parkway so they are making illegal U-turns to head southbound. (Google Maps)

“I just got a $200 ticket,” one driver named Mario, who was busted by police making the illegal U-turn, said.

“There are no signs posted so how was I to know?”

Police suggest making the turn further up at Gateway Boulevard, which they say is safer way of accessing the DVP until the southbound ramp reopens.