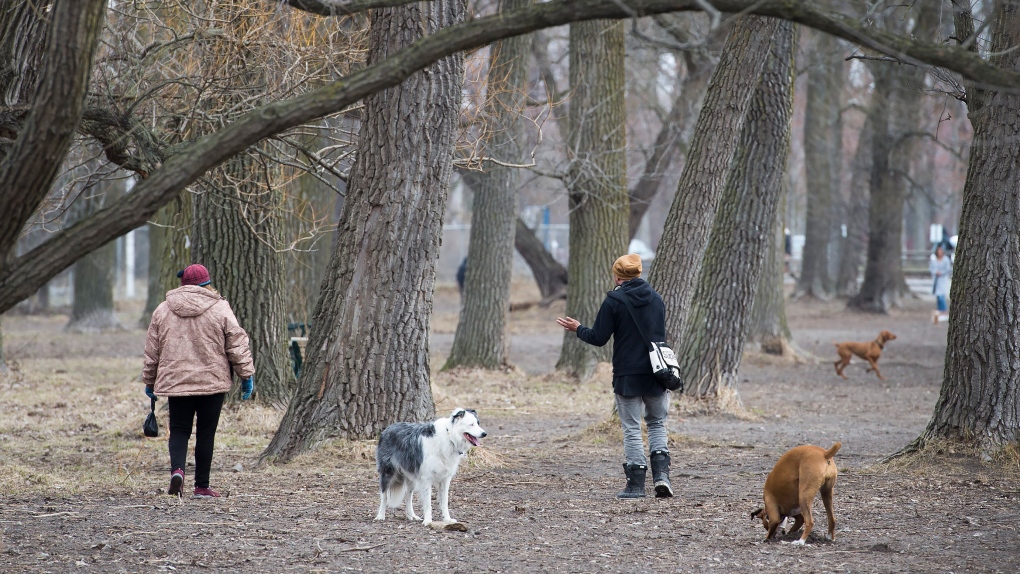 TORONTO -- Toronto police say they have wrapped up their investigation into peanuts being left in downtown parks, and have concluded they were not tainted or harmful.

Earlier this month, police responded to reports of a suspicious incident in the areas of Canoe Landing Park and Victoria Memorial Square.

The reports claimed that a man and woman were allegedly distributing tainted peanut shells at tree bases throughout the areas, police said.

A Facebook post also surfaced around that time alleging that people have been throwing peanut shells with rat poison in the parks for “months.”

Police said they gathered some of the peanuts at the park and submitted them for forensic testing.

Officers confirmed on Friday that they were not tainted or harmful and the investigation has now ended.

Investigators said they are still encouraging dog owners to remain vigilant and keep an eye on their pets when walking them through city parks.