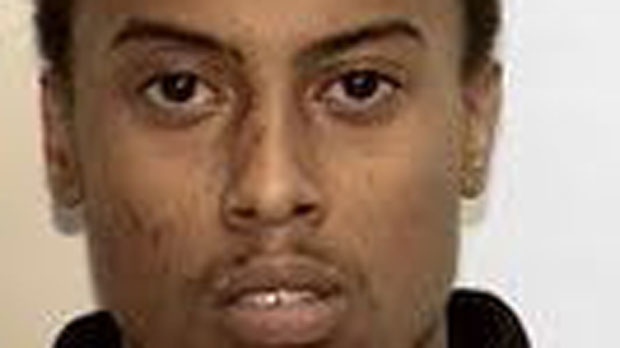 Ad-Ham Khamis, 19, of Toronto, is seen in this photo provided by Toronto police.

A man who police say is an alleged member of the Galloway Boys gang was arrested Thursday on a slew of  charges, including attempted murder.

Ad-Ham Khamis, 19, faces four counts of attempted murder, two counts of pointing a firearm and a charge for trafficking firearms, among other charges.

He is scheduled to appear in a Toronto court on Friday.

Police would like to speak to anyone with information about Khamis.

The Galloway Boys have been linked to this summer’s mass shooting on Danzig Street in Scarborough.