“It’s important to remind everyone that as we do our Christmas shopping, as we think about our families, we have to think about the families that need a little extra help for this time in the holidays,” the prime minister told CTV Toronto's Tom Brown.

“It’s not always easy for a lot of families around the holidays and that’s why remembering what matters in family and supporting people who don’t have as much is really important.” 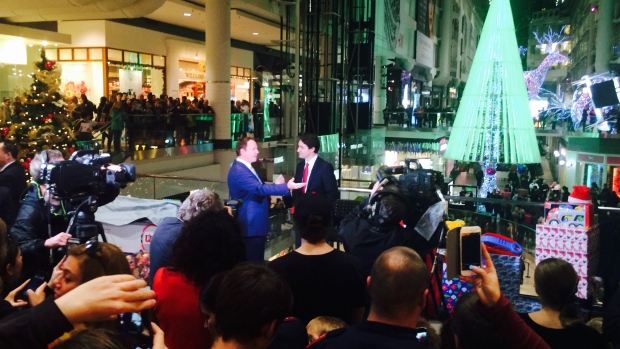 Hundreds gathered at the mall to watch Trudeau’s arrival. Many took to social media to express their excitement over the prime minister’s appearance.

Our new PM just showed up outside the office #Trudeau pic.twitter.com/TJLrhXmb2u

Love that @JustinTrudeau is at #TEC for #ToyMountain

“The generosity of Torontonians every year is just extraordinary and I’m just happy to be contributing to Toy Mountain,” Trudeau said. “Being generous and making sure that little kids right across the country and right across the GTA have happier Christmases is really important.”

The prime minister also took some time to meet with children attending the event. 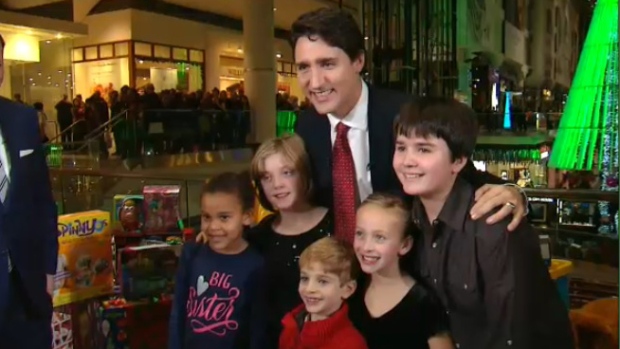 Now in its 20th year, the Toy Mountain campaign collects donated toys for children in the Greater Toronto Area.

Donors can drop off toys at locations around the region, such as Yorkdale and Burlington Malls, Sunnybrook hospital, and participating Ford Dealers, Best Buy stores and McDonald's restaurant. Or, donors can give money which will go towards bulk toy purchases. Salvation Army tax receipts are available for financial donations.

This holiday season, the age groups most in need of toy donations are: