Peel police and the family of a 35-year-old Markham man who died following a hit-and-run in Mississauga last month are asking the public for help in identifying a suspect.

It happened on Dec. 17 at approximately 9:15 p.m. in the area of Dundas Street and Dixie Road.

Police said that the victim, Suresh Tharmakulasingam, was crossing the intersection after buying a coffee at a nearby restaurant. CTV News Toronto has learned that Tharmakulasingam had immigrated to Canada in 2010 and was working as a truck driver at the time.

Tharmakulasingam was making his way to his tractor trailer, which he parked at a gas station in the area, when he was struck by a 2008-2012 Ford Escape SUV.

Police said the driver of the vehicle, which they believe to be black in colour, left the scene without stopping or rendering any “assistance to the victim.”

Tharmakulasingam was transported to a trauma centre with life-threatening injuries. He was pronounced dead in hospital on Christmas Eve. 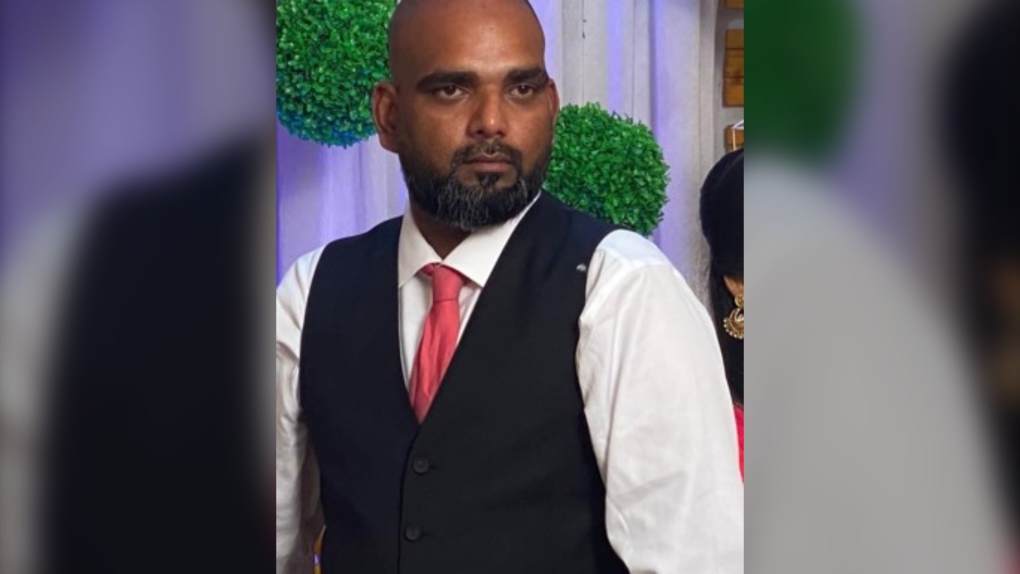 Suresh Tharmakulasingam, 35, was struck by a vehicle in Mississauga on Dec. 17. He died in hospital on Christmas Eve. (Peel Regional Police)An image of a vehicle similar to the suspect’s has been released by police in an effort to identify the driver. Investigators believe the vehicle sustained front-end damage as a result of the collision.

The suspect is encouraged to consult with a lawyer and turn themselves into police, investigators said in a news release issued Thursday.

Anyone with information, surveillance video, or dashcam video related to the incident is asked to contact police or Crime Stoppers. 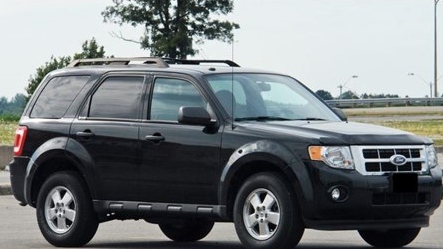 'I MISS MY BROTHER': VICTIM'S FAMILY PLEADS FOR ANSWERS

Family and friends of Tharmakulasingam returned to the scene of the hit-and-run on Thursday where they laid flowers and made an emotional appeal for the suspect to turn themselves in.

"I don't know how to sleep, I miss my brother, he was a very lovely person. Please help," said Tharmakulasingam's brother, Mworphy, who was too distraught to speak any further.

Speaking with reporters, family and friends of Tharmakulasingam expressed frustration that the driver didn't remain at the scene.

"We are feeling very sad, whoever did this, should have stayed at the moment and at least could of called the ambulance and we could have saved him," said family friend Viji Mahlingham.

“My uncle was a very special person for me,” Tharmakulasingam’s nephew, Ariz Manothkumar, said. "I don't know what I'm going to do without him."

Tharmakulasingam had recently returned to Canada on December 11 and was in the process of finalizing his new wife's visa application, according to his brother-in-law, Manothkumar Selvarasa.

"My family, they don't believe this happened. His loss is the greatest loss," said Selvarasa. "He helped everybody and his family also, he was a wonderful hardworker."

Selvaras added that Tharmakulasingam's wife is struggling to come to terms with the death of her new husband and doesn't know how to move forward with her life.