Playgrounds will reopen in Toronto as part of Stage 3 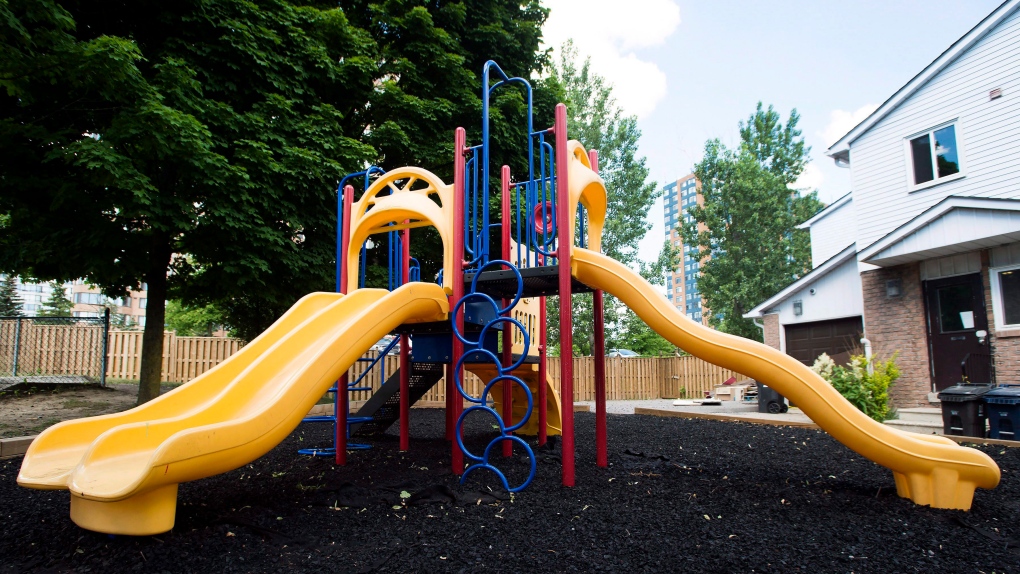 A playgrounds is seen in this file photo. (Nathan Denette/The Canadian Press)

TORONTO -- Mayor John Tory says the city is preparing to reopen playgrounds around Toronto when the municipality is given the green light to enter the next stage of the province's reopening plan.

While many other facilities, including splash pads and outdoor pools, have been permitted to reopen as part of Stage 2, playgrounds are still off limits in Ontario.

Speaking to CP24 on Saturday morning, Tory said he believes playground equipment will be on the list of things that can reopen when regions move to Stage 3.

"We will be making sure those playgrounds are safe. We wouldn't open them if they weren't safe. But they will be part of (Stage) 3 and I think that is coming soon if all stays the way it is," he said.

While restaurant patios, hair salons, and shopping malls have reopened as part of Stage 2, a large swath of businesses and facilities remain closed around the province, including indoor swimming pools, fitness studios, movie theatres, and amusement parks.

The provincial government has not said when regions can advance to Stage 3 but has indicated that health officials will need to see a consistent decline in new cases and hospitalizations before moving forward.

The number of new and active cases of the virus has continued to trend downward in the province over the past month.

The rolling five-day average of new cases on Friday dropped to 134, down from 176 one week prior.

At the height of the pandemic, more than 1,000 people were hospitalized with COVID-19.

Tory said playgrounds will be regularly disinfected when children are given the go ahead to use the equipment again.

"You can't be disinfecting every time somebody uses it," Tory said. "We have to rely on the good sense of the people of Toronto, as we do with Bike Share, for example, where we say look we are going to disinfect them once a day but bring along some wipes and help to look after this yourself."