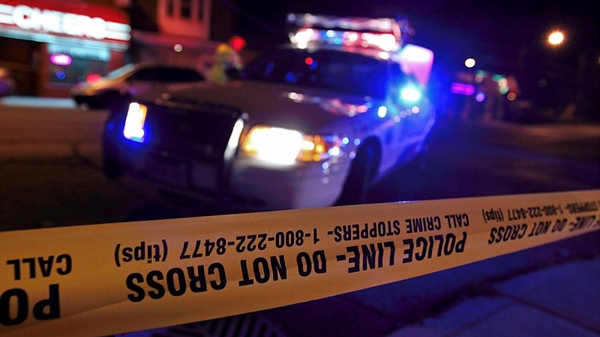 Toronto police cordon off a crime scene on the Danforth in late 2010. (Tom Podolec / CTV News)

HANOVER, Ont. - A man is dead after his plane went down on Sunday in a lake northwest of the town of Hanover, Ont.

Provincial police say the 72-year-old pilot had left an airport in Stoney Creek and planned to land at the Hanover Airport.

Police say the plane was not float-equipped.

The pilot was the only person aboard and he was taken to the Hanover and District Hospital where he was pronounced dead.

Police said his name would not be released until family members were notified.

Both Transport Canada and the Transportation Safety Board have been notified.