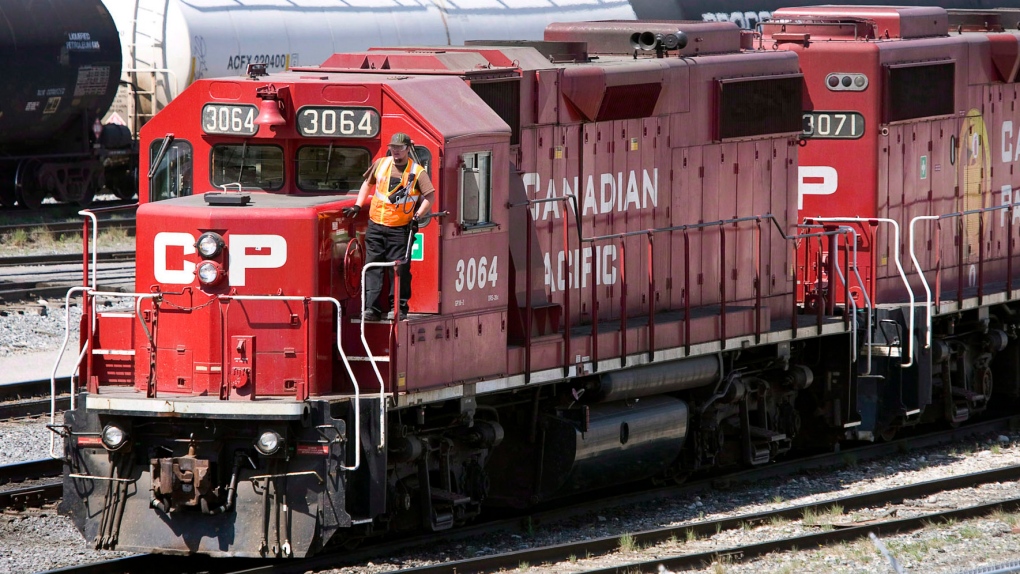 A woman has been fatally struck Friday morning by a Canadian Pacific (CP) Railway freight train in Mississauga.

The incident occurred in the area of Dundas Street East and Cawthra Avenue around 6 a.m., according to Peel police.

Further information about the incident has not yet been released.

Train service has resumed on the Milton GO line after being held while police investigated.

In late July, a four-year-old girl was killed by a GO train in Mississauga. Following the incident, CP installed a fence to stop people from entering the tracks in that area.

As the holiday season approaches, food banks across Canada are desperate for donations due to an increasing amount of clients. As inflation hits all Canadians, those who feel the impact most are the vulnerable communities with the highest food insecurity rates.

A dating app for Conservatives is now live, and already facing backlash

“No democrats!” multiple women say when asked what they're looking for in an advertisement for the Right Stuff, a dating app for Conservatives backed by Paypal co-founder Peter Thiel, which launched in the U.S. last week.

Hockey Quebec says it has lost confidence in Hockey Canada and will not transfer funds to the national organization. The provincial federation confirmed that its board of directors adopted a motion Tuesday night saying it does not believe Hockey Canada's current structure can change hockey culture.