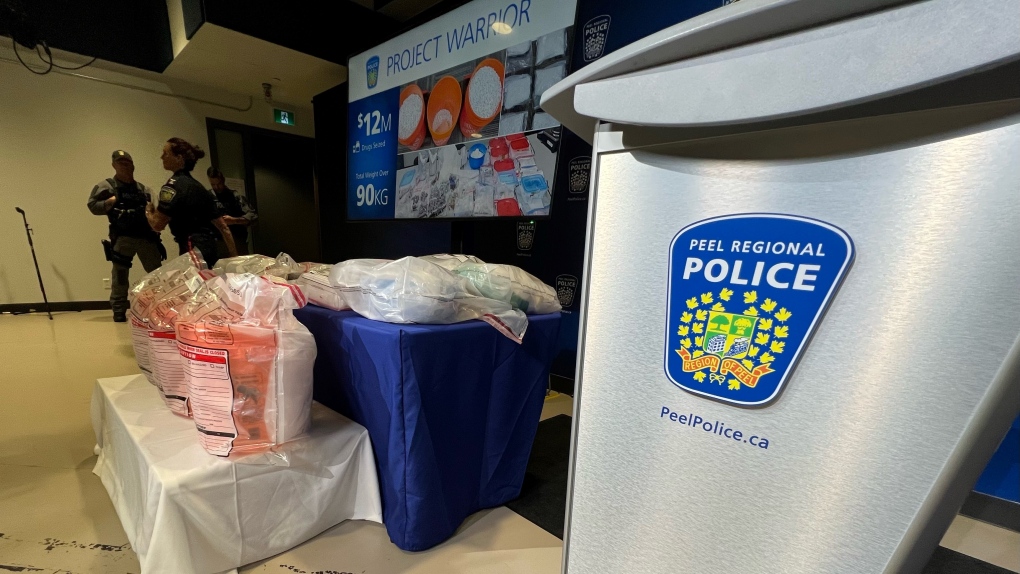 A cache of seized street drugs worth more than $12 million is seen at Peel Regional Police headquarters on Tuesday August 30, 2022. (Simon Sheehan/CP24)

Investigators in Peel Region say they’ve taken more than $12 million worth of illicit drugs off the street in a bust that’s seen more than a dozen charges laid against four individuals.

Police said “Project Warrior” began in June 2021 when investigators started looking into what they described as an “organized group” with strong ties to Brampton and Mississauga that was allegedly trafficking “large” amounts of drugs throughout the Greater Toronto Area.

In November, police executed a search warrant at a storage facility in Concord, Ont. where they said they seized 40 kilograms of benzimidazole isotonitazene, a synthetic opioid that police said is comparable, but stronger than fentanyl, 6.3 kg of methamphetamine, 10.7 kg of Xanax, and seven kg of fentanyl.

Police said they executed two additional search warrants on June 17 and July 6 at locations in Etobicoke and Kleinberg, Ont., respectively.

As well, on July 6, investigators executed an additional search warrant at a location in North York, along with two associated storage lockers and a vehicle, and allegedly seized 120 grams of psilocybin, 50 Xanax pills, 12.5 grams of cocaine, and over $19,000 in Canadian cash.

Deputy Chief Nick Milinovich called the seizure a “huge win for the community” in the face of what he called a “major” opioid crisis in the area. 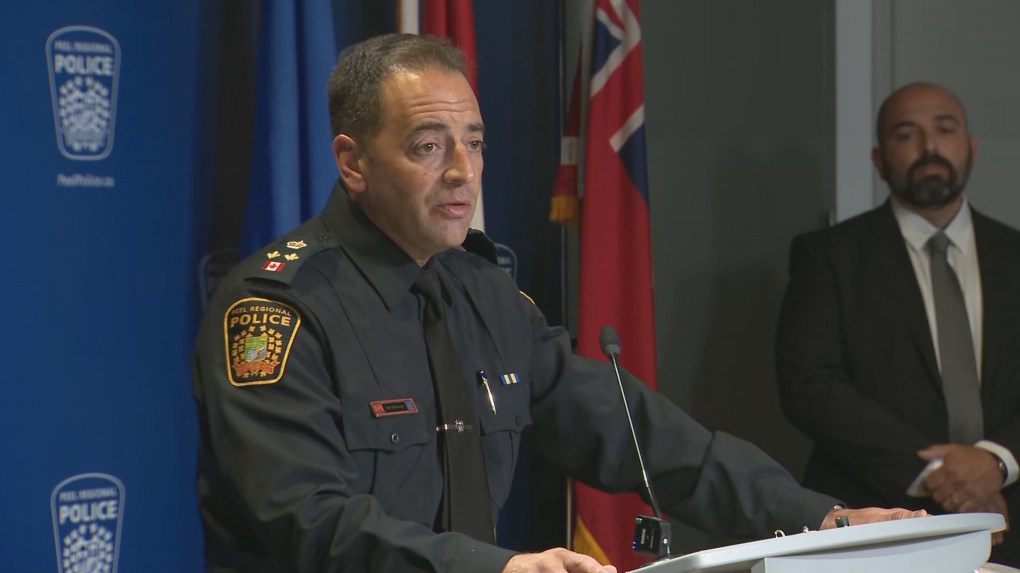 Milinovich said as of July 31, Peel Region has seen 71 overdose-related deaths, 80 per cent of which are suspected to be linked to opioids.

At least 88 per cent of those fatal overdoses in 2021 were caused by opioids, which marks an 11 per cent increase over 2020.

“We are going through a major opioid crisis in this province and Peel is no exception to that,” Milinovich said. “We are entirely committed to continuing this work. We will address the organized crime. We will address people who take advantage of the vulnerabilities in our community, and also support people that need help to get it.”

As a result of the investigation, police have charged four individuals with more than a dozen charges.

Phi Ho, 35, of Kleinburg, is charged with seven counts of possession for the purpose of trafficking and two counts of breach of recognizance.

Quang-Thai Ho, 38, of Toronto, is charged with three counts of possession for the purpose of trafficking.

Quan-Binh Ho, a 37, of Toronto, is charged with three counts of possession for the purpose of trafficking.

Iman Pazirandeh, 30, of Toronto, is charged with three counts of possession for the purpose of trafficking and one count of possession of a controlled substance.

Peel police said their investigation was supported by York Regional Police and the Toronto Police Service, as well as funding from the Solicitor General of Ontario and Criminal Intelligence Service Ontario.

Anyone with information related to “Project Warrior” is asked to contact police at the specialized enforcement bureau at 905-453-2121, extension 3515 or Crime Stoppers.