Pedestrian struck on Hwy. 401 after getting out of disabled vehicle 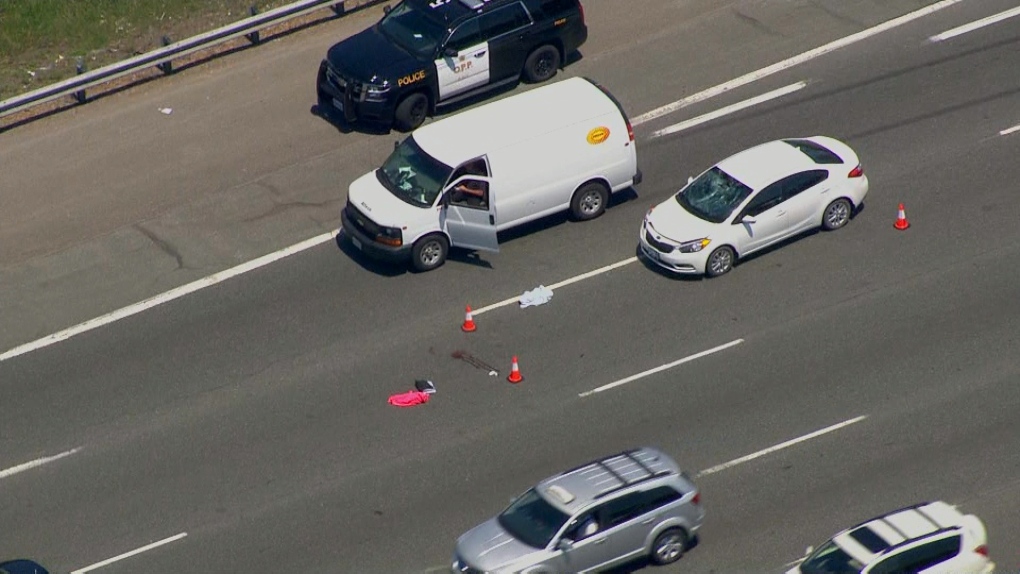 Two vehicles are shown on scene after a pedestrian was struck on Hwy. 401 after exiting their disabled vehicle.

A pedestrian was struck on Highway 401 on Tuesday morning after getting out of their disabled vehicle and attempting to cross live lanes of traffic.

The collision happened in the westbound lanes of the highway near Westney Road in Ajax shortly after noon.

Ontario Provincial Police say that it appears as though the pedestrian was attempting to make it to the shoulder of the highway when they were hit. They say that the pedestrian sustained significant injuries but is expected to survive.

Speaking with CP24 on Tuesday, OPP Sgt. Kerry Schmidt described the accident as a cautionary tale of sorts.

“Any time your vehicle breaks down we certainly want people to do their best to get off onto the shoulder but the concern is that if people get out of their vehicles and become pedestrians they are then the most vulnerable road users out there and if they are struck or even clipped by a vehicle it can lead to serious or fatal industries,” he said. “In this case it is amazing that the driver has injuries that aren’t considered life-threatening at this time.”

All but one of the westbound lanes on Hwy. 401 are currently blocked at Westney Road following the collision.

Schmidt said that he is hopeful that additional lanes will be reopened within the next hour.