Pedestrian dies after hit by dump truck in North York 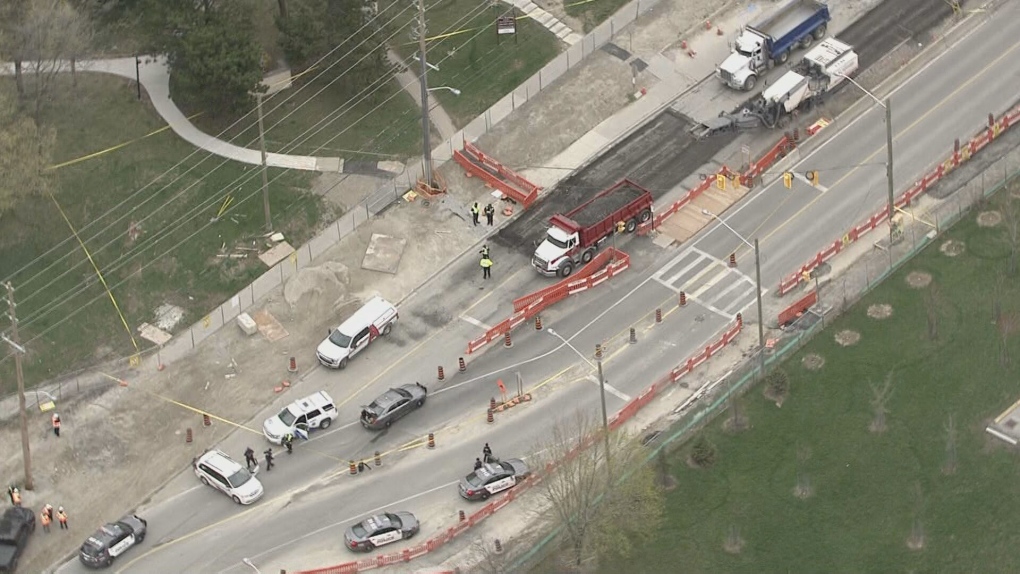 Toronto police are investigating after a pedestrian was fatally struck by a dump truck in North York.

TORONTO -- A pedestrian has died after being hit by a dump truck near a construction site for the Finch West light rail project in North York Thursday afternoon.

Emergency crews were called to the area of Finch Avenue West and Sentinel Road shortly after 3:30 p.m.

Despite life-saving efforts, police say the pedestrian was pronounced dead.

The truck driver remained on the scene.

Officers from the Traffic Services unit are investigating the incident.

Metrolinx said the truck is owned by Mosaic Transit Group, the consortium responsible for building the LRT.

“Mosaic along with the driver are cooperating fully with the police investigation. Safety is critical to everything we do and Metrolinx will also investigate the circumstances and fully support the Toronto Police investigation,” Metrolinx spokesperson Anne-Marie Aikins said in an email to CP24.