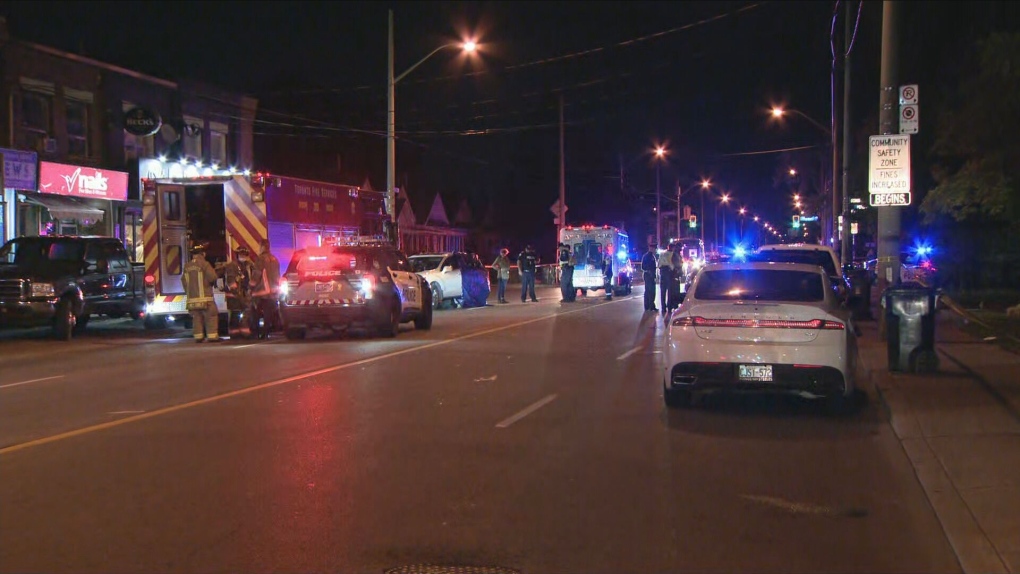 Emergency crews respond to the scene where a pedestrian was fatally struck by a car in East York Tuesday, October 19, 2021.

TORONTO -- Toronto police say a pedestrian has died in East York after being struck by two vehicles, one of which fled the scene.

Police were called to O'Connor Drive and Pape Avenue around 9:30 p.m. after a pedestrian was struck.

According to police, the pedestrian was crossing from the south side to the north side of O'Connor Drive when they were struck.

Bystanders arrived first and tried to help, but were unable to reach him.

The pedestrian was trapped underneath the vehicle and had to be extricated by emergency crews, police said.

The first driver who struck the pedestrian fled the scene, according to police.

“Our information is that that black vehicle that was first involved initially stopped at the scene, but then fled,” Theriault said.

Toronto Paramedic Services said the driver of the second vehicle is being assessed for unspecified injuries.

Roads in the area are expected to be shut down overnight as police investigate the deadly incident.