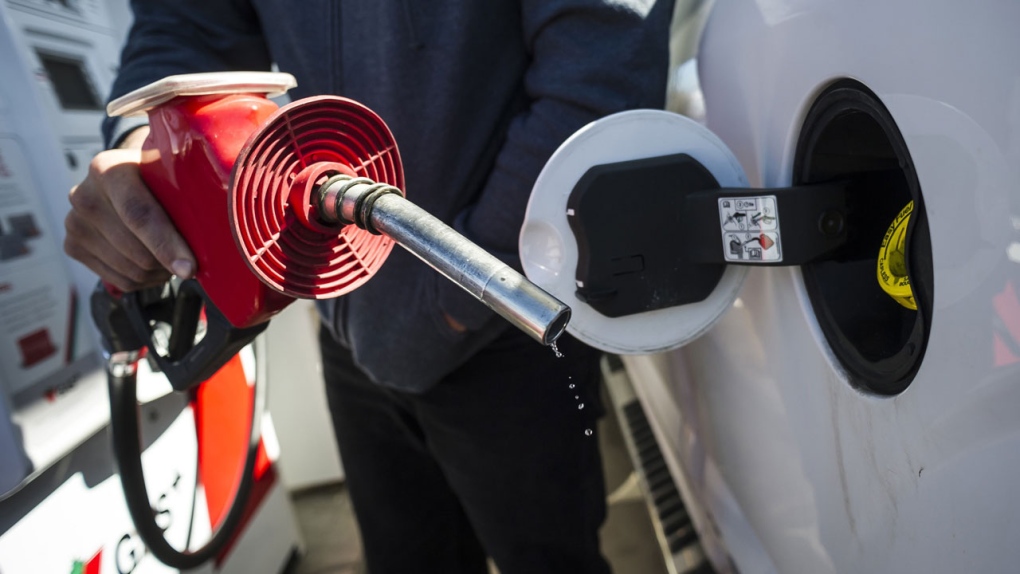 TORONTO -- Ontario wants gas station operators to display mandatory anti-carbon tax stickers by the end of the summer -- just as long weekend travellers fill up and before the federal election campaign gets underway.

A proposed regulation would set Aug. 30 as the day gas pumps will be required to have the stickers, which critics have slammed as political propaganda.

The proposal, which is open for comments until July 9, says the government is also developing enforcement plans, which could include an education campaign, written warnings, compliance orders and unspecified Provincial Offences Act charges.

Legislation making the stickers mandatory was included in the budget bill and comes with fines of up to $10,000 per day for gas station operators who don't comply.

It will cost taxpayers approximately $5,000 to print 25,000 decals, but that does not cover the cost to distribute them to the province's 3,200 gas stations. The stickers show that the federal carbon tax has added 4.4 cents a litre to the price of gasoline and that will rise to 11 cents per litre by 2022.

The stickers do not mention carbon tax rebates. The tax is expected cost to a typical household $258 this year and $648 by 2022. The federal government had estimated the average rebate would be $300 in Ontario, but the Canada Revenue Agency said earlier this month the average payment was $203 in the province.

The Progressive Conservative government has said the stickers are about transparency.

Greenpeace Canada said the stickers ignore both the federal rebates and the growing costs of floods, wildfires and heatwaves "super-charged by climate change."

Premier Doug Ford has said he is staying out of the upcoming federal election -- set for Oct. 21 -- but has often spoken about the carbon tax as an election issue, hopeful a Conservative government will axe it.

"Ford is blowing public money on partisan stickers to help his buddy Andrew Scheer get elected, and putting business owners at risk of conviction and fines just to make sure he gets his way," she said in a statement.

"Premier Ford is wasting tax dollars on sabotaging climate solutions and campaigning for the federal Conservatives even though Andrew Scheer has put him in the penalty box until after the election," Schreiner said, referring to the legislature recessing until the end of October.

Ontario's new regulatory proposal also sets out specific details of how the stickers would have to be displayed.

Gas stations would have to post an equal number of French and English stickers, upright, unobscured and "in a prominent location" within the top two-thirds of the side of the pump facing drivers.

The Ontario Chamber of Commerce called on Energy Minister Greg Rickford in a letter several weeks ago to scrap the requirement.

"Our members -- including gas station operators -- have expressed concerns regarding the political nature of the stickers, viewing them as a violation of their rights and freedoms," Rossi wrote.

"This initiative is an example of unnecessary red tape: it is both a new administrative burden and an increased cost to business thanks to the punitive and outsized fines for non-compliance."

Ontario is one of four provinces, including Manitoba, Saskatchewan and New Brunswick, where Ottawa imposed the tax because they opted not to impose their own pricing schemes on carbon emissions.

Ford's government is challenging the tax in court.