TORONTO -- Restaurants and bars will be allowed to expand their patios onto sidewalks and into curb lanes as part of a new city program that is being rolled out in anticipation of their eventual reopening.

The CafeTO program, which was announced by Mayor John Tory on Thursday, will provide businesses with an opportunity to use public space for new patios and the expansion of existing patios once the provincial order prohibiting dine-in service is lifted.

As part of the program, the city will be establishing a multi-division team to help expedite the application and approval process. It will also be waiving all fees related to the expanded patios pending a vote by city council.

“COVID-19 is a deadly virus from a public health standpoint but it has also threatened the livelihood of many of our residents and many of our small businesses, none perhaps more so than the restaurant and bar industry and that in turn has threatened the well-being of our neighbourhoods,” Tory said in announcing the program. “We want to help give this industry the best conditions that we possibly can to help them get back in business and most importantly to stay in business.”

Restaurant and bars have been limited to takeout service only since March and it remains unclear when they will be allowed to fully reopen but Tory said that the city wanted to act now, so that businesses can act with “lightning speed” to take advantage of what will already be a shorter than normal patio season.

He said that he has already received dozens of expression of interest from businesses and business improvement areas “across the broader downtown and midtown sections of the city” but hopes that the program will also be utilized by restaurants in bars in the more suburban areas of the city as well.

The intent behind the program, he said, is to make it easier for businesses to open patios and “access additional space for physical distancing” in a post-pandemic world that may look a lot different than the one they last operated in. 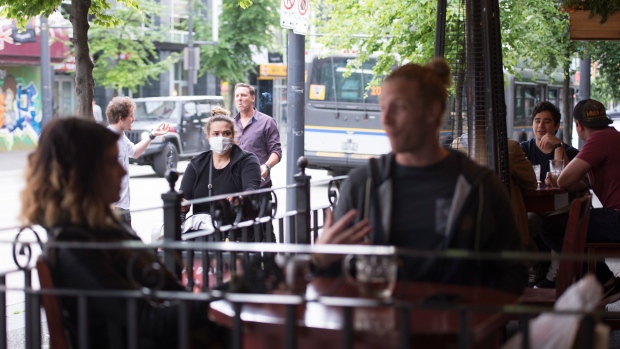 “You know the locals that exist across the city are things that people really do treasure for the very short summer period that we have and I think most people will be able to accept some degree of alteration to the streetscape and the sidewalks in order to help these businesses get back on their feet,” he said.

There are roughly 8,000 restaurants across Toronto and about 660 of them already operate seasonal patios on public property. Another 542 of them operate patios on private property.

Tory said that in order to expedite the expansion of existing patios and allow for the opening of new ones the city has had to work with provincial officials on a number of regulatory aspects concerning liquor laws but has now mostly resolved those issues.

He said that the city is now in the process of creating a registration process for businesses to access additional patio space with details expected to be released in “the next few days.” Staff are also continuing to identify public spaces that could accomodate expanded patios, including curb lanes and "parklets." 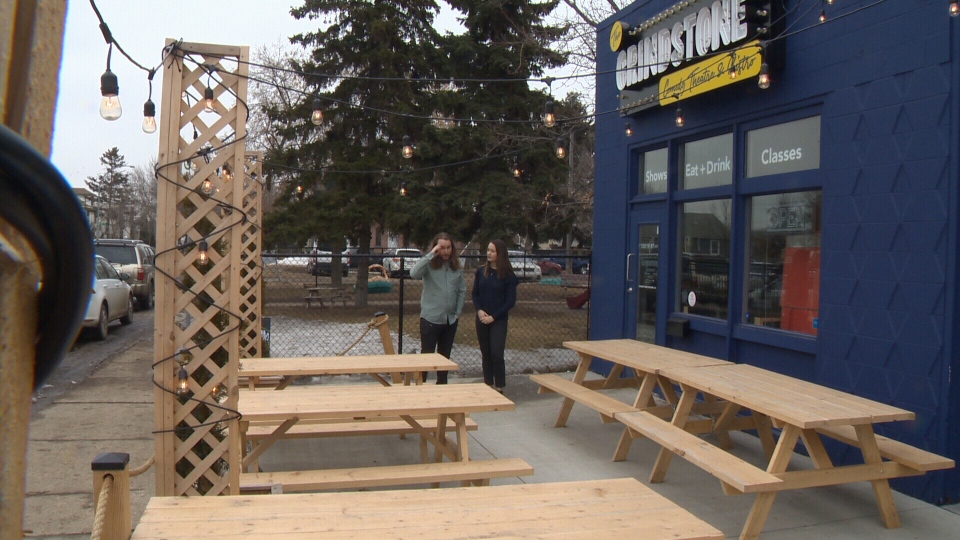 In the meantime, restaurants and bars are being encouraged to think ahead and plan for how they could take advantage of the program.

“We will take any help we can get. We have been waiting some time to be able to open and this seems like the first kind of opening shot,” Graham Hnatiw, who is the general manager of the Old Spaghetti Factory restaurant on the Esplanade, told CP24 following Tory’s announcement. “Hopefully we get good news from the province so that we can actually open with the new benefit that the city is offering.”

Hnatiw said that while his restaurant has a big patio space, he expects the capacity to be significantly reduced by the need to ensure physical distancing. He said that for that reason the chance to expand could be really helpful.

“Any extra space the city gives us will be great,” he said.

Deputy Mayor Michael Thompson, who also chairs the city’s economic development committee, said during Thursday’s press conference that the hope is that the CafeTO initiative will play a role in helping the city recover from the “economic gut punch that we have received as a result of COVID-19.”

He said that it also said that it “represents an opportunity to expand our vibrant patio culture across the city and to bring people back to our main streets in a safe way.”

Premier Doug Ford did say on Wednesday that officials were considering the possibility of allowing dine-in service on patios as part of a “regional reopening” strategy.

Such an approach, however, would mean that harder-hit areas like the GTA may have to wait a little longer for the reopening of patios.