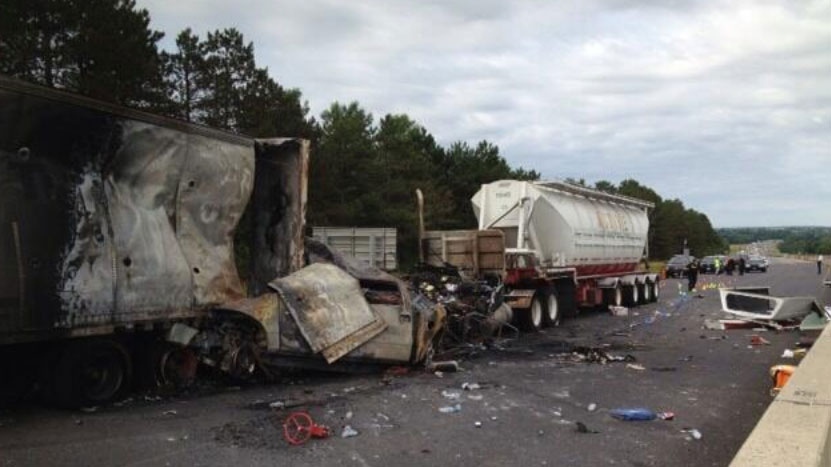 The collision, which happened at about 1:30 a.m. Monday, involved two tractor-trailers and one passenger vehicle.

Police say both the driver and passenger in the smaller vehicle were killed, and the damage to the highway was extensive.

One eastbound lane is open and westbound traffic is expected to remain unaffected.

A police spokeswoman said post-mortems will be conducted today on the two victims.

There's no immediate word on any charges and no names have been released.