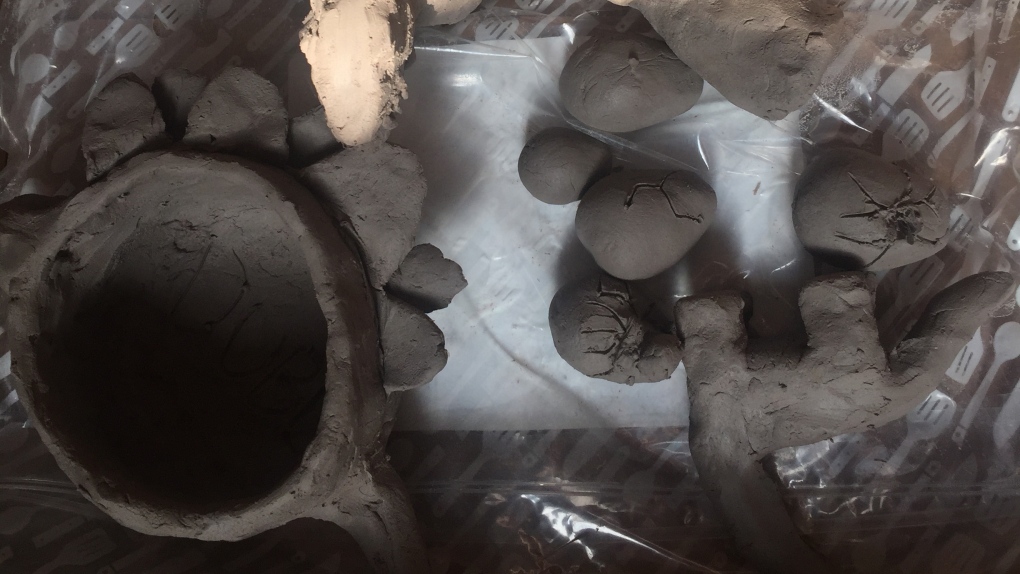 TORONTO -- Two artists in Parkdale have come up with a pottery project to help families cope with the difficulty of being shut in during the pandemic.

Potter Michael Lewis and his wife, Elva Hook, came up with an idea to see what people could create with a piece of clay in the midst of a health crisis.

“Relieve the boredom and try and do some good in the world,” Lewis said.

The 63-year-old, who lives with chronic obstructive pulmonary disease and is in self-isolation, put together 70 half-pound balls of clay, placed them in plastic bags and left them on his porch with instructions. 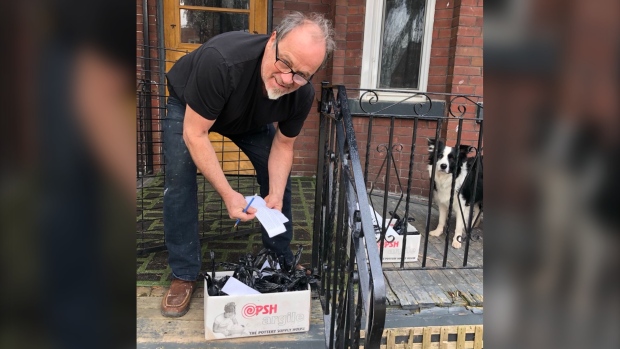 He then invited people to stop by and pick up the clay at his home through a Facebook community page on Monday. All 70 bags of clay were gone within hours.

“People are thrilled. I’m actually blown away with the response,” Lewis said.

When the mould is complete, people can return their creations to Lewis. He’s offered to add a clear glaze and fire the pieces in his kiln at home.

“I’m hoping that people produce what reflects their experience at this time, and I’d like to get more of a collective idea of how a community like Parkdale can respond to a crisis like this,” Lewis said. 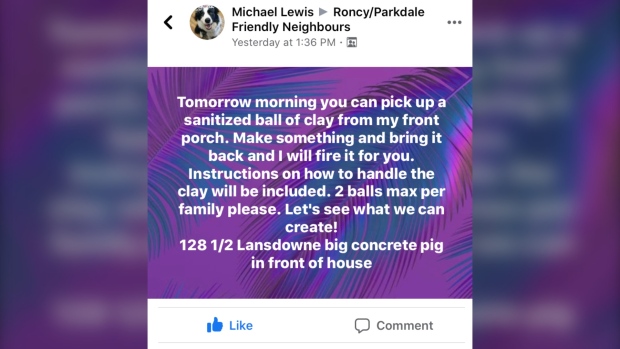 Kristy Dunbar, who lives a few doors down from Lewis, said she happened to notice people going over to his porch.

She said she came by with her daughter to see what was going on and decided to participate.

“Just put a smile on our faces,” Dunbar said. “It’s a way to be a social as well keeping a distance."

Dunbar said her family plans to make a bowl, and looks forward to seeing the finished piece.

Lewis said he took precautions putting the clay together and everyone who stopped by was respectful when it came to physical distancing. 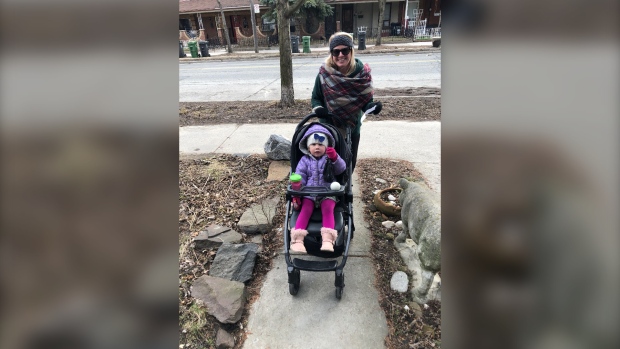 He said one mother who stopped by told him her son had an online assignment about noting something good in the world.

“His mom was pointing to us. This is the good that comes out of something like this,” he said.

Lewis hopes people have fun with their creations and are encouraged to take up the craft down the road.

“It’s a very meditative art form,” said Lewis. “It takes your mind right to what you’re doing. You can’t be distracted.”