TORONTO -- Finding last-minute child care during the rotating teachers’ strikes has taken a toll on families across the province, but parents, who have children with special needs, say they have been hit the hardest.

Tara Stone, a mother of two from Durham Region, said she stayed home from work Thursday in order to watch her son Aidan, whose teachers were taking part in a province-wide one-day strike as their union escalates job action due to stalled contract talks.

She said her son, who is eight-years-old, has autism and is non-verbal. Like some other children, she said her son can’t be dropped off at a day camp, or cared for by just any babysitter.

“We just can’t drop him off at a strange place,” Stone told CTV News Toronto. “Routine is very important when it comes to autism. Many kids with special needs, they want that routine.

“To get someone to watch my son, well, it would be hours of training and those type of things involved, in regards to his needs, his likes, his wants, the foods that he will eat, how he prefers those foods cut up and minced for him.” 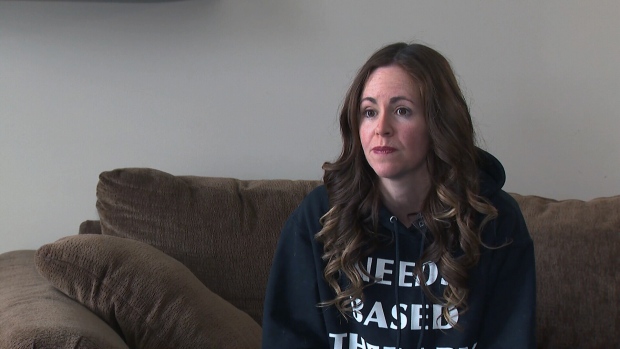 The Elementary Teachers' Federation of Ontario has been on a work-to-rule campaign since November and has been staging rotating strikes for the past few weeks.

Stone said that her daughter is in Grade 9 and has had to also stay home as high school students have been dealing with rotating strikes for months now.

“They’re in two different school boards, so with the rotating strikes, it’s every other day seems to be one or the other is off,” she said.

Her daughter is 14 years old but, according to the Durham Children’s Aid Society’s website, provincial legislation says she’s not allowed to stay home on her own.

“No person having charge of a child less than sixteen years of age shall leave the child without making provision for his or her supervision and care that is reasonable in the circumstances,” the legislation states.

So for now, Stone and her husband are taking turns juggling their work schedules to make sure someone is at home when their kids are. 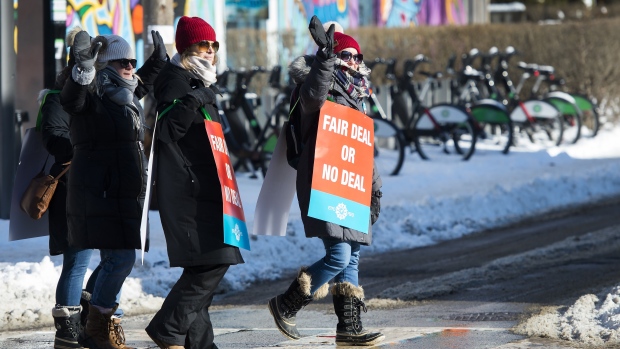 “We are playing it week-to-week as we get another email from the school saying what is going to happen next week, then I’m going back to my employer and arranging my days from there,” she said.

Stone said that while she and her husband support the teachers, it does have “a ripple effect, nonetheless.”

She said their employers have been accommodating to this point, but she is worried that the strikes will continue for a long period.

“This has definitely added a lot more pressure to the family to try to coordinate their schedules and keeping all the balls juggling at the same time,” she said.